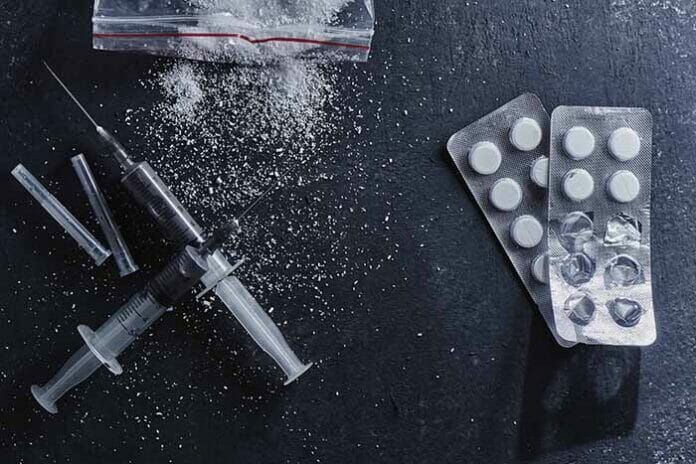 A frontline harm-reduction worker on Salt Spring says the death of three people on the island due to drug toxicity within 10 days is indicative of the increasingly dangerous street drug supply.

Friends and family members on Facebook identified two young women as having died due to drug toxicity. A third individual, an older man, also reportedly died from the same cause. Their deaths have sparked a community discussion about how to prevent further tragedies.

“One of the things I want people to know is that when it comes to drugs that come in powders, crystals, rocks and pills, unless those pills are from pharmaceutical companies, they’re all high risk now,” said MacPherson.

“You really don’t know what you’re getting.”

Drug analogues are being created at a record rate, he said, each with a slightly different molecular makeup. As well, fentanyl is being cut with homemade benzodiazepines, which can contribute to its toxicity.

“Unless you know the provenance of a pill, it really could be fake, and it’s just so dangerous,” said MacPherson.

He also said Salt Spring is seeing more off-island drug dealers, with some using “aggressive” practices, and said fentanyl is the biggest concern.

The B.C. Coroners Service stated in a Sept. 28 report that fentanyl or its analogues was detected in 81 per cent of all illicit drug toxicity deaths [in B.C.] in 2022 to date.

But what can addicts, families and concerned community members do to prevent more needless loss of life?

MacPherson advocates use of fentanyl test strips and other harm reduction supplies, but the test strip results are not always accurate and can give users a false sense of security. Not using risky drugs alone is also important. BCEHS promotes use of the Lifeguard app.

He said it was “a spontaneous, heartfelt response by community groups, parents and those with lived experience to the tragic deaths of two young people from poisoned drugs.”

“In my view, the root of the problem is lack of safe supplies,” Holman said, “but I’ll continue to support community groups with grant-in-aid funding, and work with Island Health, Ministry of Mental Health and Addictions, and other agencies that hopefully can help address some of the service gaps on Salt Spring.”

MacPherson notes that the issue of drug addiction is very complex and nuanced, which makes it difficult to have productive discussions about it. But reducing the stigma around drug use is critically important, he said, as it is for mental health challenges.

Having been in his role for the past 15 months, MacPherson said he has been surprised by how much more likely people are to ask for help with their alcoholism compared to their use of street drugs.

Alcohol consumption can be extremely harmful, he notes, but “you can live in the light. You can go for a drink publicly and there’s much less shame . . . for people who are already marginalized, having to use their drug of choice in the shadows is just so dangerous.”

The cultural stigmatization about the use of illicit drugs is strong, and the resulting shame is a huge barrier to people seeking help with their addiction.

That may change slightly when decriminalization for possession of up to 2.5 grams of opioids, cocaine, methamphetamine and MDMA begins in B.C. on Jan. 31, 2023, for a three-year trial period.

Ultimately, said MacPherson, drugs should and will become legalized like tobacco, alcohol and now cannabis, so the source and safety of the supply can be assured.

“I think by dealing with addiction as a medical issue, we have way more opportunities to mitigate harm once people don’t have to hide it. They’re way more likely to ask for help.”

Earlier this year, a BC Coroners Service Death Review Panel report recommended increasing access to a regulated, safe supply of drugs to help reduce the number of deaths.

“I know efforts are underway to initiate safe supply, but it is still extremely limited across the province,” BC Chief Coroner Lisa Lapointe said in an interview with the BC Nurses’ Union, following the report being issued. “A few hundred people can access safe supply and there are estimates that there are 200,000 substance-dependent, opioid-dependent people in our province. So the access to safe supply is really, really minimal.”

MacPherson said some addicts and people with mental health issues believe their afflictions will last a lifetime, but that wasn’t MacPherson’s personal experience, which he has shared publicly in different venues. His story of recovery and growth is uplifting and can be an important bridge to recovery and hope for others.

“[Positive stories] make us comfortable talking about mental health and give us hope.,” he said. “But then I think we really need to hold space for the stories that are tragic, because most of them are these days, you know, because of it being so dangerous and because marginalized individuals face more barriers to making changes in their lives.”

Including lived-experience voices as equal partners is one important facet of the Mental Wellness Initiative MacPherson and others are involved in. It’s a project of the Salt Spring Health Advancement Network that aims to diversify and improve local mental health services. A big part of the vision, based on community engagement through Mental Wellness Summits, is to train peer support workers who can give support to those struggling with mental health, and often addiction as they seek relief from the resulting pain.

“We’re really trying to get funding for a robust, locally based peer-support program, because that helps address the issue in multiple ways simultaneously, and could be an important support for our frontline workers who are currently spread very thin.”

Salt Spring has an opportunity to preserve 400 acres of rare Coastal Douglas-fir forest with existing trails and connection to other important and well-loved...

Barbara Casey, the executive director of GIFTS, localizes the International Day of Persons With Disabilities on Dec. 3.

SUBMITTED BY ARTSPRING Grammy-winning musician John Reischman brings his old master’s sense of tone, taste and musicality, along with his global reputation as one of...