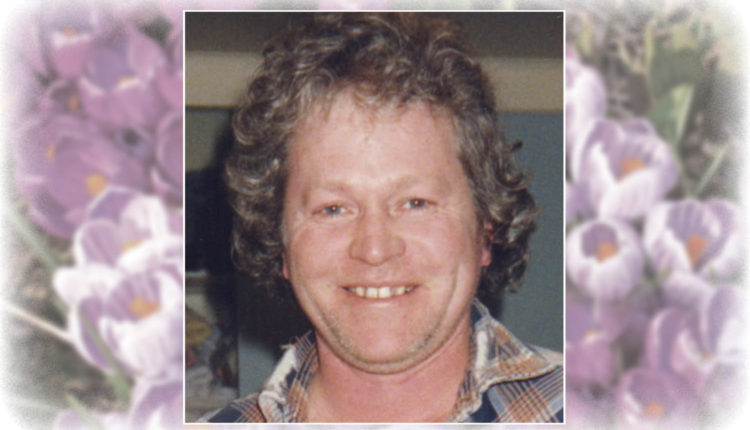 It is with deep sadness that I announce the passing of my husband Bruce. Bruce died from an accidental fall causing a brain stem hemorrhage.

Bruce was born in Ganges May 7,1955. He grew up on Pender Island on the farm that he loved. As a teenager Bruce attended Secondary School on Saltspring Island at first living in the “ the old dormitory” which was the original Lady Minto hospital where he was born. As I lived on Saltspring, I also attended high school there where I met Bruce and we were married on Saltspring in 1979.

Bruce and I started our family of four children in 1980, living back on Pender Island. This is when Bruce also started his own excavating business “Bruce Grimmers’ Backhoe Service.” Bruce was responsible for much property development as well as septic systems on Pender for many years.

In 2010 Bruce retired his business and put his attention back on the family farm. Besides running cattle he sold his produce and fruit at our farm stand and some years at the Pender farmers market.

Bruce was predeceased by his father Donald Grimmer in May 2017. He leaves to mourn his mother, Margaret Grimmer, his daughters Briana (Chris), Ginny (Cochise), Melissa and son Shane. He also leaves his grandson Joshua and granddaughters Allysia, Mikaela and Elsa. He leaves his brothers Glenn (Barbara), Dale and sisters Eileen (Vivijan) and Cindy (Tom).

There will be a celebration of life for Bruce on Saturday, July 20, 2019 at the Pender Island Golf & Country Club from 2-5pm. Snacks will be provided.