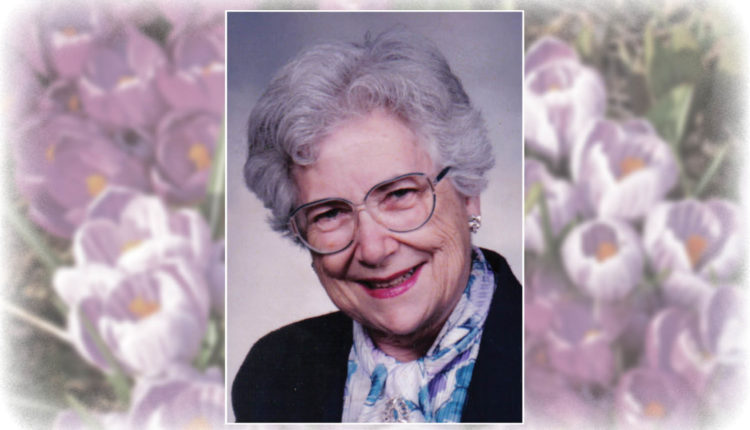 Margaret, 93, passed away on October 5 2018 at Lady Minto Extended Care on Salt Spring Island BC.

She is predeceased by her husband William Baker of Goderich Ontario, her parents David and Annie (Ewans) Birrell of county Fife Scotland, her daughter Patricia Baker, and her sisters Anne McCallum, Ida MacDonald, Christina (‘Chris’) Jacques, and Helen Morecraft. She is survived by her son Douglas and his wife Myrna (Saunders).

Born May 1 1925 in Guelph Ontario and raised in Toronto, Margaret served her country from 1943 to 1946 in the Women’s Division of the Royal Canadian Air Force as a wireless operator. She married William Baker in 1955 and with him and their two children literally circled the globe, heading West from Winnipeg Manitoba in 1960 to live in Australia and finally returning from Australia in 1964 via the UK and Ontario to live in Pinawa, Manitoba . She was a 20-year resident of Pinawa from 1964 until 1985 when she and Bill retired to Salt Spring Island, BC.

Margaret was very active in her Church, both in the Pinawa Christian Fellowship and the Salt Spring Island United Church, and community. She was an avid (and very good) bowler, had a lifelong passion for bridge and loved to dance.

Thanks to the staff of Lady Minto Extended Care and Dr Magda Leon for their support to Margaret to make her last days as peaceful as possible.

Donations in lieu of flowers can be made to the Lady Minto Hospital Foundation, the Salt Spring Island United Church, the Canadian Bible Society, or World Vision.