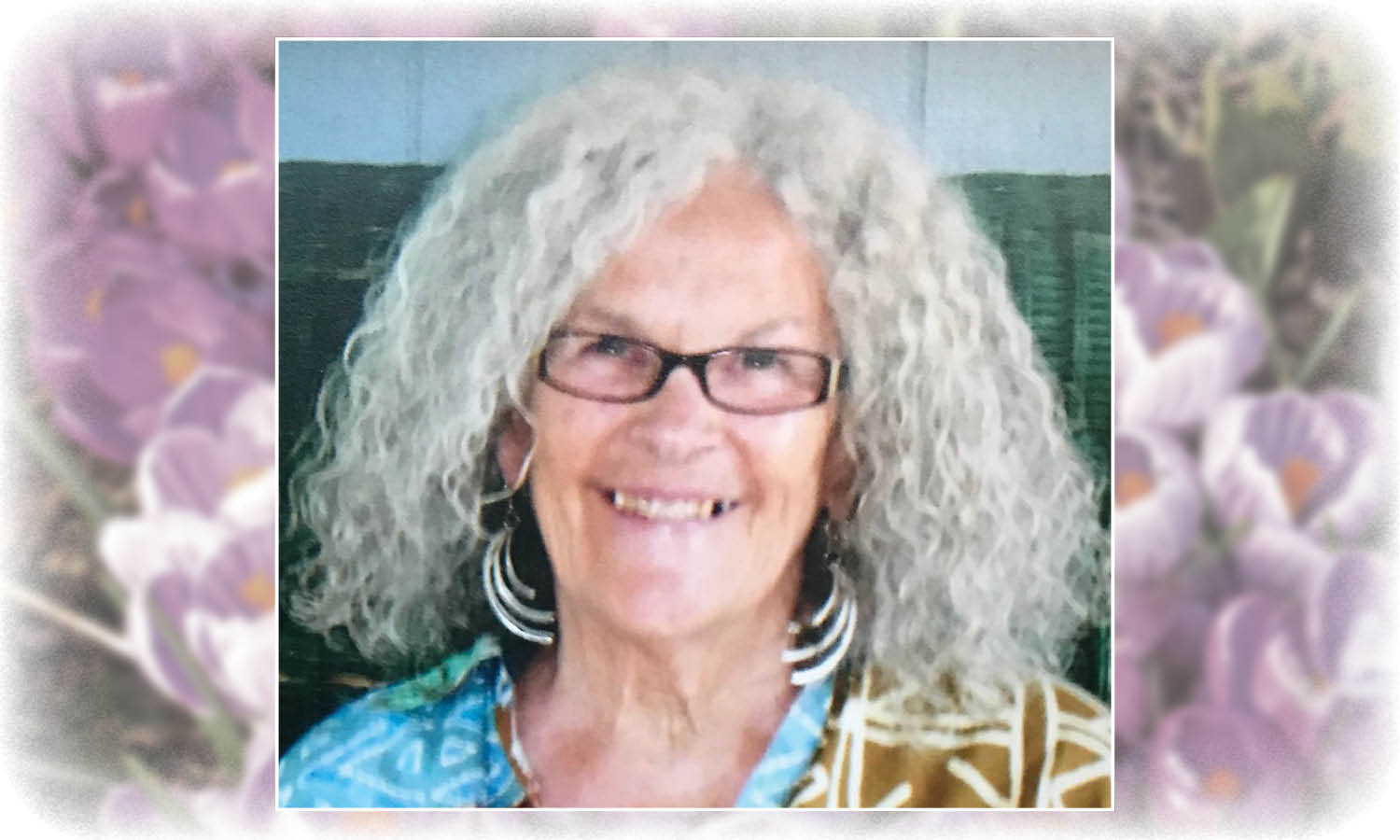 Previous Salt Spring Island resident, Phyllis Wainman Tatum, 78, of Salmo, BC transitioned on Thursday, January 3rd 2019 at the hospital in Trail, BC due to various forms of cancer that began with her fight against breast cancer in 2007.

Born in Utica, NY on January 25th 1940 to the parents of Shirley and Gordon Wainman, Phyllis is survived by her brother David Wainman of Ilion, NY, her son Jeffrey Winston Tatum of Penticton, BC, her daughter Stacy Lowe Tatum of Tijeras, NM and her granddaughter Raven Gabrielle Francis-Tatum of Albuquerque, NM. As Phyllis also had a deep relationship with each of her pets it’s quite fitting to mention them here as Chelsea, Sugarplum, Captainn, Sunshine, Moonlight, Sushie, Bear, Eddy and finally Jimmy, were all very much apart of her life and loves.

A Smith College Graduate with a Masters Degree in Social Work, Phyllis married Ronald W Tatum of Joplin MO, moved to Albuquerque, NM where she had her 2 children. By 1975, Phyllis and Ron divorced, and Phyllis became an independent woman as a weaver and then one of the original business owners of the Mariposa Gallery. Then in 1981, she continued her journey and immigrated to Canada with her kids and opened up her 1st private counseling practice on on Salt Spring Island in British Columbia. In 1994 she then moved on to Nelson BC, and then finally to Salmo, BC in 2005.

Phyllis will be greatly missed as a deep friend and therapist to many as well as an accomplished artist and craftsperson. On the side of course she had the occasional point to make at the town council, was an avid gardener, loved to hang out by her cedar tree reflecting, to play in the Salmo bridge group and to support to the local library.

A celebration of her life gathering will be held in the spring. Memorials are suggested to the Callanish Society, a cancer healing retreat in Vancouver. https://www.callanish.org/donate/