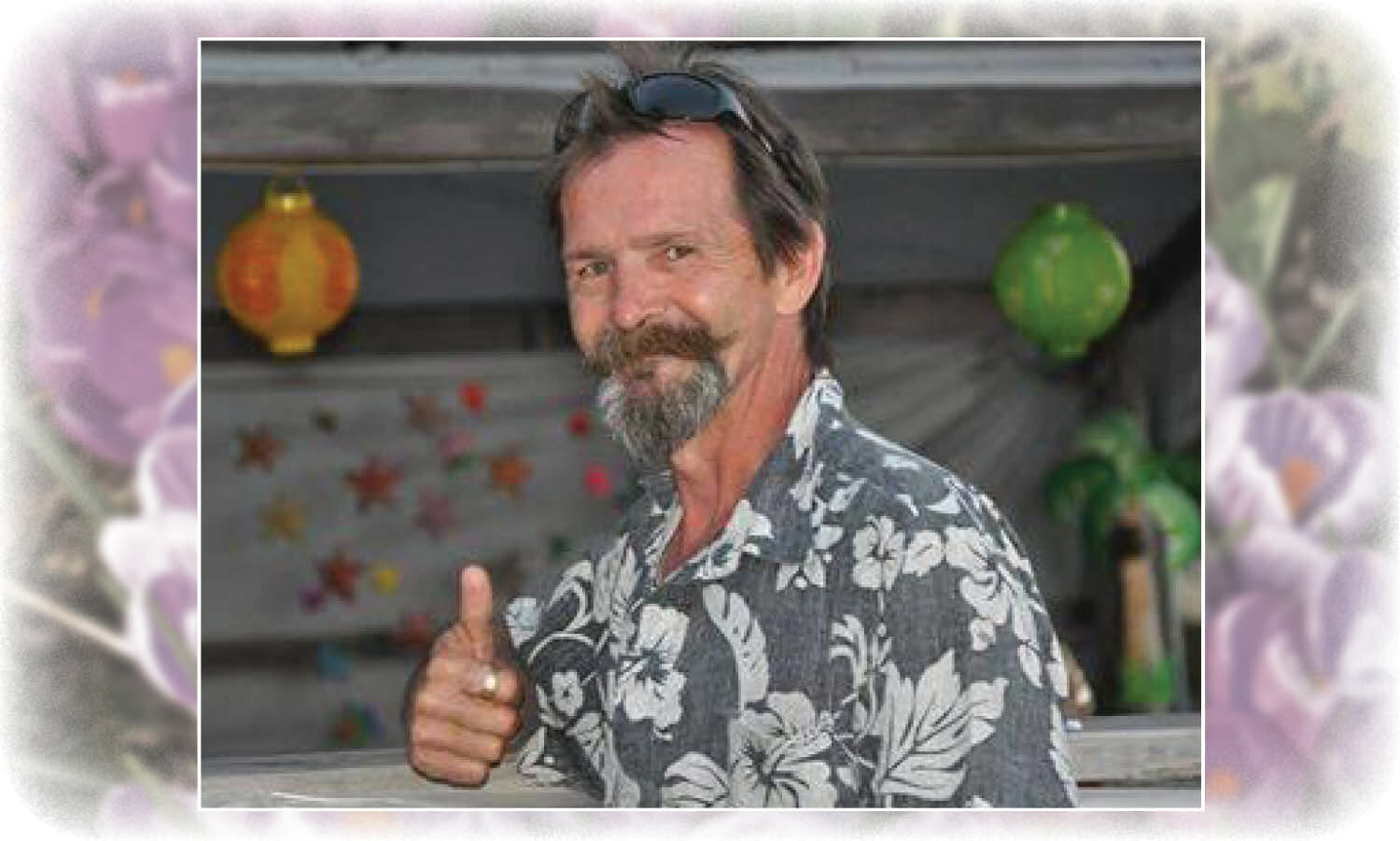 Tony Roland was a caring son, brother, uncle, and friend. He left this world suddenly on April 21, 2022. He was predeceased by his Mom and Dad.
Tony was born in the Old Lady Minto Hospital on Saltspring Island. He was raised on Saltspring and spent most of his life here except for a few years when he was in Hedley, B.C. where he worked in the mines and loved being a Volunteer Fireman for the Hedley Fire Department.

Back on Saltspring, Tony continued his many professions. He was a talented painter and painted many homes and businesses on Saltspring. He was also an owner/operator for DHL. One of his favorite jobs in later-life was as a support worker with G.I.F.T.S (Gulf Islands Families Together Society), supporting folks with disabilities in the community. Susie was his favorite – he shared a story of how she was a force to be reckoned with, like a wild horse. They made each other laugh and he had a forever bond with her family.

Tony was known by many to be a kind soul who was a great worker with a fantastic sense of humor. He would give you the shirt off his back. Like our Momma, he would ask for less than he needed and give more than he had. Through the struggles of life and getting his ducks in a row Tony yearned for the simple life. He dreamed of boats, babes, and bikes (and we can’t forget the sidecar for his best friend Jake). He had many hobbies such as wood carving and carving wax molds for biker rings.

Tony spent a lot of time here on Saltspring with our grandparents, Jack and Laura Roland. He was like a little brother, of sorts, to the Roland Boys. Spending time with grandpa who taught him the art of fishing, digging clams, tending to the pit or cooking on the spit, is a gift that lasted throughout Tony’s life.

Aloha to our big brother Tony! We miss you very much – until we meet again.

On behalf of his brothers and sisters, nieces and nephews, great nieces and nephews, aunties and uncles, and many cousins we invite you to celebrate Tony’s life with us at the BIg Tent, Royal Canadian Legion, 120 Blaine Rd, SSI on August 7th, 2022. There will be a cash bar and some of our brother’s favorite foods provided.