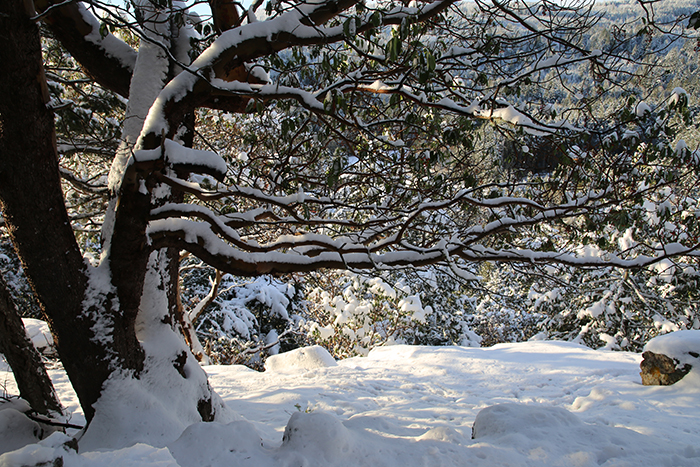 More Snow On Its Way

Environment Canada warns that between five and 10 centimetres (two to four inches) of snow will fall over the Southern Gulf Islands from Wednesday night into Thursday morning.

A storm system is moving across B.C.’s south coast this evening, bringing snow to the islands and also to Vancouver Island, the Sunshine Coast, Metro Vancouver and the Fraser Valley. Environment Canada states that snowfall will be most intense overnight, with around five cms of snow to accumulate rapidly within three to six hours.

Some areas could see even heavier snowfall, including the Sunshine Coast, parts of Vancouver Island and over Vancouver’s North Shore Mountains.

The notice stated that visibility and travel could be impacted by the snowfall.

The snowfall warning follows record low temperatures in several parts of the province during the first three days of this week.

Pender organizers seek final $500k by the end of the year

Raincoast Conservation Foundation and the Pender Islands Conservancy have raised 70 per cent of the $2.1 million required to complete the purchase of the...

The first of two advance polls for local government elections and referendum questions was held on Wednesday, Oct. 5, with a second one set...