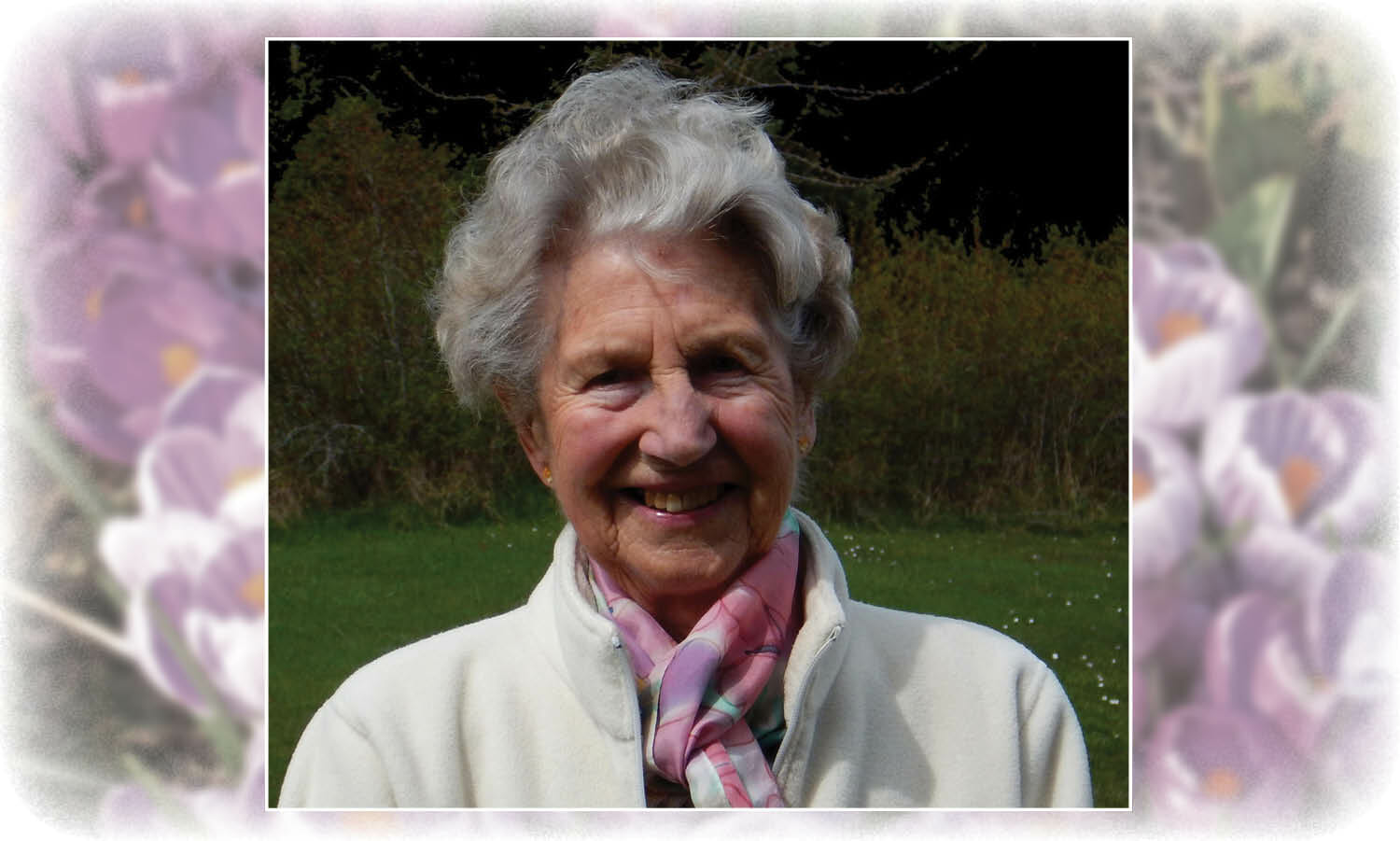 It is with profound sadness that we announce the sudden and unexpected passing of Nancy Holcroft at North Island Hospital in Courtenay, BC. She succumbed to complications from a hernia. She will be missed by her son Tom (Char) of Victoria, daughter Anne (Bryne) of Campbell River, as well as several nieces and nephews and good friends. She was predeceased by her husband Ron, parents Norman and Amy, brothers Alf and John, and sister Sylvia.

Nancy was born in the city of Hull in Yorkshire, England. She was a teenager when the Second World War broke out, and was initially evacuated to a village south of York. Shortly afterwards, she moved back to Hull and continued her education. Her first job, in 1940, was at an aerodrome where she graphed the results of wind tunnel tests on different models of airplanes. But she realised that an inactive, indoor job was not for her. Instead, she attended Studley Horticultural College, followed by numerous jobs in market gardens, botanical gardens and nurseries, including two years at Kew Gardens and a year in Denmark. Thus began her love of gardens.

In 1954, she and a friend decided to uproot and move to Canada, settling in Brampton, Ontario. There she met Ron, another recent immigrant from England, when acting in a play together with an amateur theatre company. Nancy kept up this pastime throughout her life, with her last stage performance in 2004. She continued in Readers’ Theatre until 2020 when COVID interfered.

Nancy always loved the outdoors. Walking was a favourite pastime, even as a child, so it was no surprise that she and Ron joined the Trail and Nature Club when they moved to Salt Spring Island in 1986. She was active in numerous other groups, including Sea Capers, Anglican Church, IODE, Daughters of the Nile, Scottish Country Dance Club, Salt Spring Garden Club, ArtSpring, Seniors Services Society, Meals on Wheels…

After several months of ups and downs, Nancy finally hit her stride when she moved to Courtenay in June, enjoying life again. Our thanks go to the staff at Comox Valley Seniors Village for the care and attention they gave Mum, helping to make her last couple of months happy ones.

Donations in Nancy’s memory may be made to Salt Spring Island Conservancy.