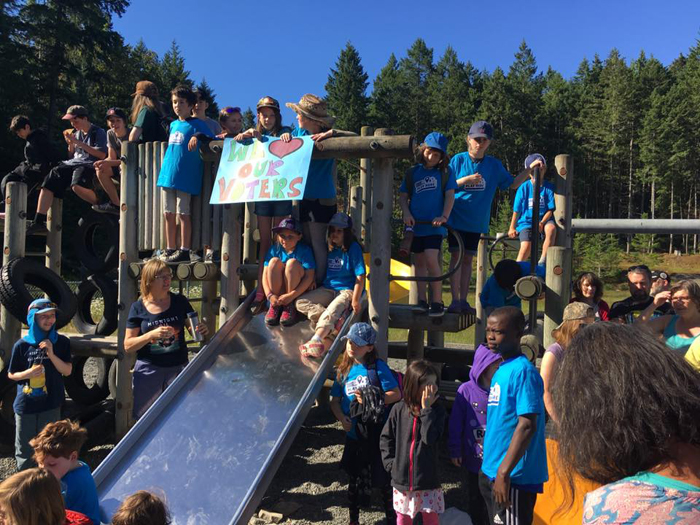 Galiano Island has won a new school playground after coming in fourth place in competition against far larger communities in B.C.

After a hard campaign that included garnering votes through trips to other islands and on BC Ferries sailings, Galiano finished fourth out of 10 finalists in the Play Here Competition with BCAA. Although BCAA’s intention with the competition was to give a new $100,000 playground to the top three communities via an online voting system, Galiano was awarded another full $100,000 prize for a new playground on Friday.

“All of the islands just really got behind it,” said Kate Emmings, co-organizer of the Galiano Playground Committee. “We’re all really, really happy and grateful to all the people who showed support for Galiano.”

Galiano was originally in the running with hundreds of other communities. BCAA then chose 10 finalists.

The results are in: If everyone in the world lived like residents of Galiano Island, 4.3 Earths would be needed to sustain the global...

Come sit at the kitchen table, the Water We Call Home exhibition beckons, and listen to a circle of women from around the Salish...

One loud bang and then nothing. That’s how Wade Chernoff describes the early morning earthquake that woke up Gulf Islanders and was felt as...