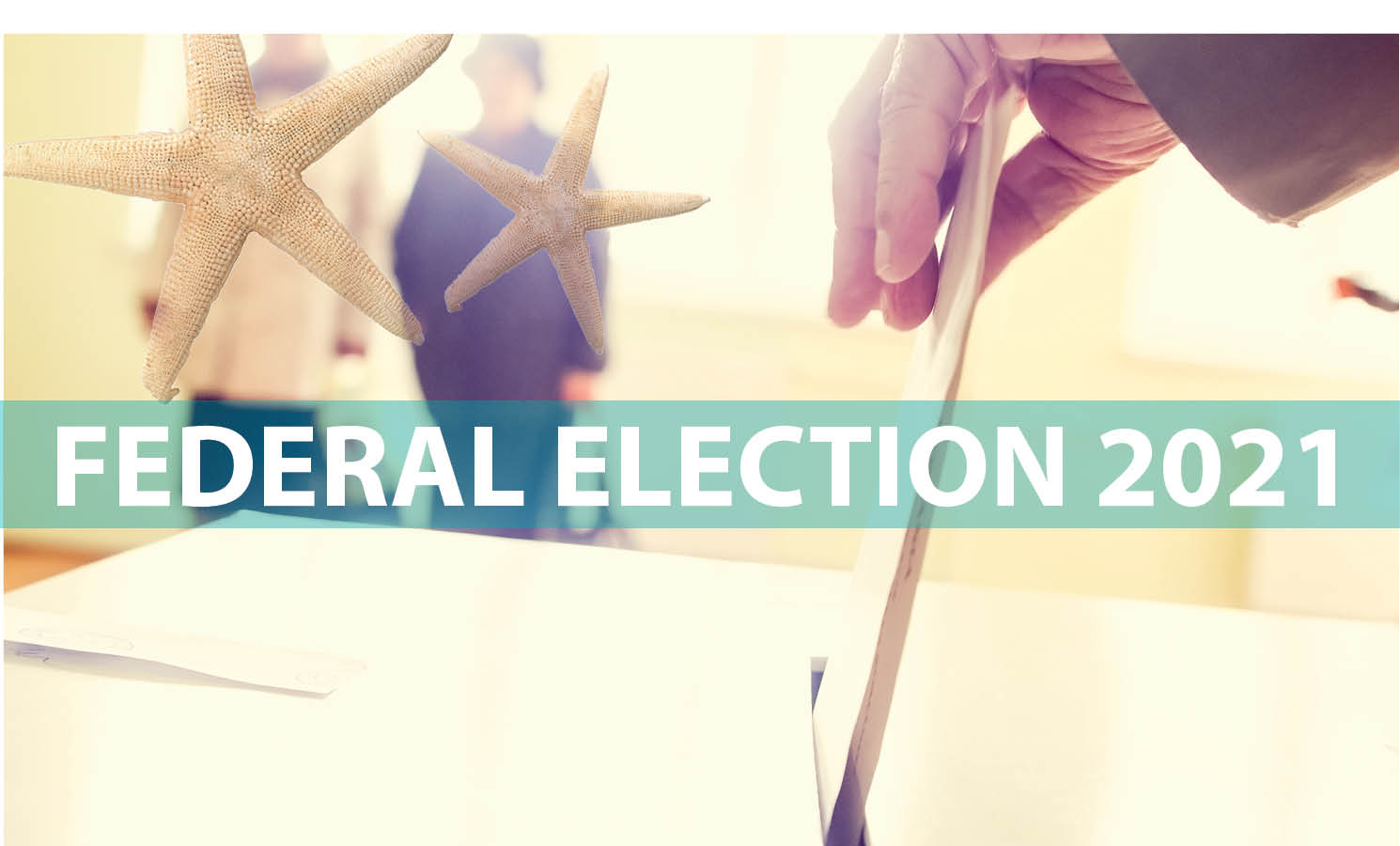 In the Aug. 25 issue of the Driftwood, Salt Spring Islander Brian Smallshaw wrote an open letter to the Saanich-Gulf Islands riding candidates in the current federal election asking for their position on old-growth logging.

If you form government after this election, what steps will you take to end all logging of ancient forests in coastal British Columbia, and Canada as a whole, and how will you ensure that the First Nations where these forests exist are economically advantaged by this ban?

The following are their responses, listed in the order received.

I am happy to confirm that I am a strong supporter of protecting old-growth forests.  I have long campaigned for old growth, including in the 1993 Clayoquot campaign when I organized a train load of forest defenders — the Clayoquot Express (actually starting as a van load from St. John’s Newfoundland to more than 100 arriving at Vancouver Central Train station in November 1993). I am the author of the only comprehensive review of forest ecosystems and forest policy from coast to coast (At the Cutting Edge, first published in 1998, with a substantial update and expansion, republished in 2005 byKey Porter Books).

As a federal MP, I have advocated for a reconceptualization of the constitutional constraints that have restricted jurisdiction over forests nearly exclusively to the provincial governments. In light of the climate crisis, acknowledged to be an emergency by a vote of parliament on June 18, 2019, and confirmed by the Supreme Court of Canada to be a matter of national concern, it is time to expand our understanding of forests from “forest management “ — the setting of stumpage rates, TFLs and annual allowable cut — to a matter of urgent carbon mitigation and adaptation. We need federal engagement to respond to the climate crisis through tree planting (now supported by the Liberals as carbon sequestration) and through protecting the existing carbon sinks in old growth forests.

We also need to act to protect the biodiversity uniquely found in old-growth forests. Only the Greens have made this point in Parliament. Paul Manly, Green MP, sponsored a petition on this issue, but I also promoted it and presented it in parliament.

I have also publicly denounced the excessive use of force and illegal actions of the RCMP. The court has been clear that the establishment of exclusion zones is outside the injunction granted to Teal Jones and is illegal.

I hope my commitment to protecting old-growth forests is clear. I hope to be able to continue doing this work in parliament should I have the honour of being re-elected.

I, and my party, absolutely support an old-growth logging ban. Moreover, I resent how the NDP portrays the police brutality at Fairy Creek as a narrowly federal issue, and blames Justin Trudeau, Bill Blair, etc., when it is the Horgan government that is responsible for the logging. I do not believe that the “resources sharing agreements” with local band councils really reflect free, prior and informed consent of Indigenous peoples, and that these agreements are signed under incredible duress.

I would support the utilization of all existent federal and provincial measures to protect old growth forests, and the creation of new ones in accord with the Convention on Biological Diversity.

In broader terms, our party supports the nationalization of industry, including energy and forestry, such as to abolish the tar sands and manage our natural resources through rational planning, which would include an absolute ban on the logging of old growth forests.

In short, it is a crucial issue for me as well, and I hope that you will look into our party’s platform at VoteCommunist.com and consider voting for me on Sept. 20.

I understand why people want to protect old-growth forests because I too want to protect them. They are a vital part of our ecosystems and are culturally important to the First People of this land.

I’m pleased that the B.C. government accepted the request from the Pacheedaht, Ditidaht and Huu-ay-aht First Nations. Both protecting old-growth and respecting Indigenous peoples’ land management rights in their territories is important.

Reconciliation and environmental protection must go hand in hand.

Each First Nation has the right to determine what is best for their respective members and territories. Some want to protect more or all of the old growth, while others want to protect old growth but sustainably harvest for cultural uses and opportunities that support families and communities. It’s important to me that their right to make these decisions is respected.

The Green Party does not support a moratorium on old growth or a pause on all harvesting of old growth. Just like the NDP, they support the recommendations of the independent Old Growth Review. Those recommendations focus on protecting more old growth while putting Indigenous peoples at the centre of land management decisions in their territories.

Old-growth forests are precious. The last statistic I read said that only 2.7 per cent are remaining in the province. We have been logging old-growth forests now for over 100 years. Now that we are giving First Nations control over lands having old growth, many are wanting to use this to economically help their communities. We need to encourage and support First Nations in using this precious resource in a way that will benefit them for generations, not just when the forests are cut down. People all over the world want to experience this. We need to work with First Nations to create tourist attractions that can monetize this.

I will consult with the people in my riding to work towards resolving this important issue.

You are correct in noting that forestry is a provincial jurisdiction and a Conservative federal government would be reluctant to create policies in conflict with a provincial government and First Nations that have already protected a significant portion of B.C.’s old-growth forests.

Some of our current plans with respect to forestry are:

• Canada’s Conservatives will create a powerful incentive for agriculture and forestry sectors to protect the environment and sequester carbon by allowing for greater creation of land-based offset credits.

• We will invest an additional $3 billion between now and 2030 in natural climate solutions focused on management of forest, crop and grazing lands and restoration of grasslands, wetlands, and forests.

• These solutions can have multiple benefits: not only will they help sequester carbon, but they can also provide protection for communities and additional benefits for wildlife.

• Conservatives will increase the ability of the agricultural and forestry sectors to create land-based offset credits by improving the carbon sequestration of agricultural lands and managed forests, and incenting environmental protection in those sectors. This will generate emissions reductions at lower cost, and protect Canadian jobs;

• We will work with provinces, territories and the agriculture and forestry sectors to identify and support ways in which the sectors can contribute to enhancing carbon sequestration.

• We will invest in forest health and wildfire prevention and early detection.

I understand how vitally important it is to permanently protect more old-growth forests in our beautiful province. This is an integral step to fight climate change and ensure these iconic, sacred,  non-renewable and globally significant ecosystems must be protected for generations to come.

In our platform, we have committed to protecting these iconic and ecologically important old-growth forests by:

• Ensuring First Nations, local communities, and workers are partners in shaping the path forward on nature protection. Our Indigenous leaders across B.C. should have a say in how we approach protecting these vital ecosystems.

• Reaching a nature agreement with the province of British Columbia to protect more of the province’s old growth forests and expand protected areas.

Saanich-Gulf Islands MP Elizabeth May has added her voice to leaders urging public support for the Salt Spring fire hall referendum. “I am writing in...

By GREG SPENDJIAN Another election has come and gone. Almost nothing will change as a result. It will continue to be all talk and little...

Canadians expressed themselves clearly in last week’s federal election, although largely by not taking the time to head to the polls or complete a...

Elizabeth May re-elected in Saanich-Gulf Islands

Incumbent Green MP Elizabeth May has won her fourth straight federal election campaign in the Saanich-Gulf Islands riding. Preliminary results with just over half of...