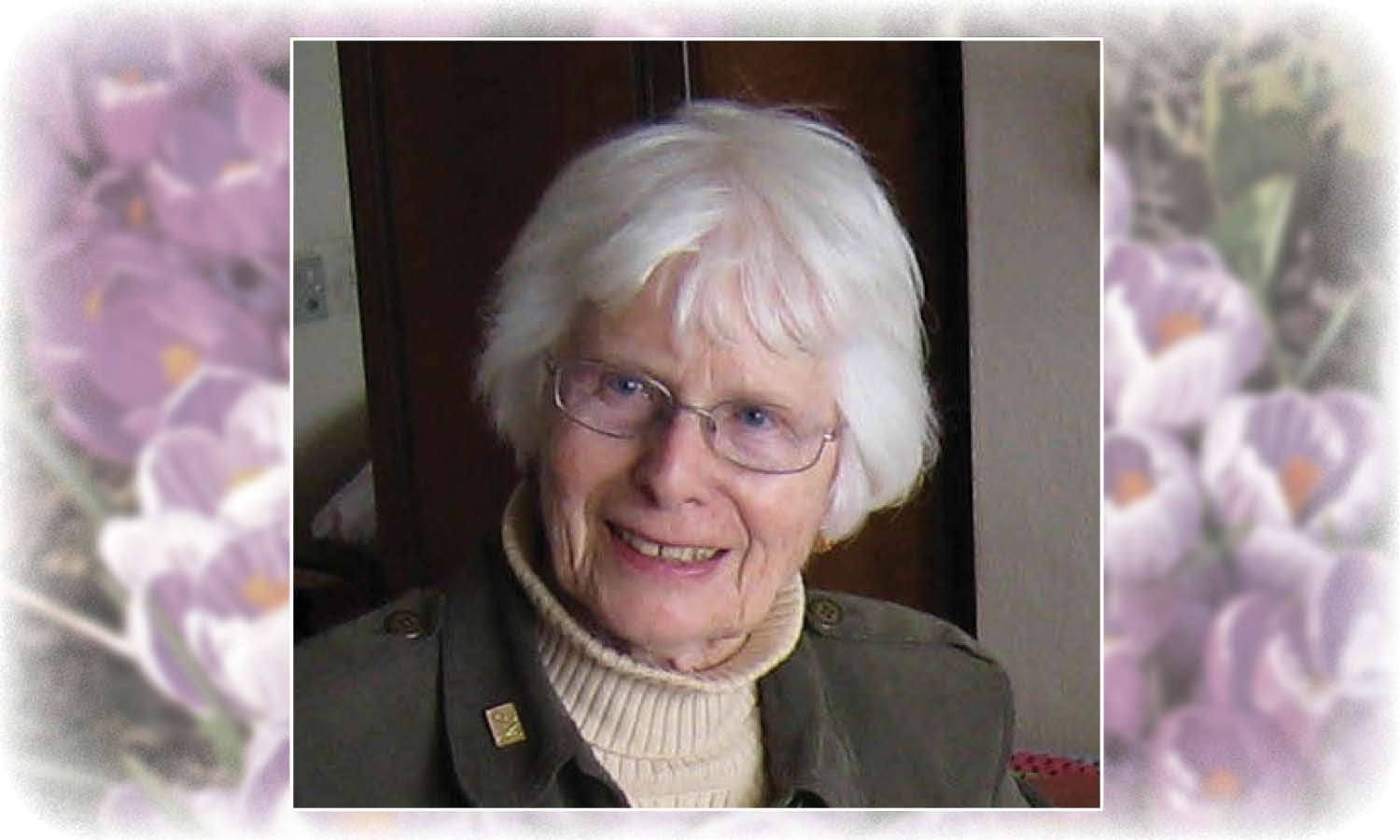 Betty, aged 94, died 20 February 2019 in Ganges, BC. Betty was born 17 September 1924 in Winnipeg and lived in a log home on a homestead near Chelan, SK (1924-1941). She was educated through Grade 11 in a one-room school, completed high school at Nutana Collegiate in Saskatoon (1942), and earned a BHSC (Foods and Nutrition) at University of Saskatchewan (1946). She started her career as a dietician with hospitals in London, ON, Sheffield, UK, and Chilliwack, BC. She then enlisted in the RCAF and spent 21 years as an officer in the food services. She retired in 1973 at the rank of Major, having served in Europe on the front lines of the Cold War and completed the unification of the separate food operations from the three services. Betty rounded out her career with appointments in Ghana, Victoria and other locations in BC.

Betty married Bob Ball in 1976 and they moved to Salt Spring Island, where they built their Mt. Belcher home and she became active in the community. Betty was a lifelong member of the United Church of Canada, serving in youth leadership or congressional committees wherever she lived, and on SSI was active in building and nurturing the social systems and infrastructure that enable seniors to have a happy and healthy retirement. Betty was a life member of the Canadian Dietetic Association, earned an Award of Merit from the BC Dietetic Association and received the Caring Canadian Award (now Sovereign Medal for Volunteerism).

She is lovingly remembered by: Brenda, David and Genny Phillips of Vancouver; Peter, Wanda, Alex and Andrew Phillips of Saskatoon; Michael, Jenny, Cristina and Sarah Ball of Victoria; and Tony of England; cousins in the US and Scotland; and many friends around the world.

Until this past November, Betty was a ‘super senior’ – defying age, with an active lifestyle and mind. Betty touched everyone she met.

Betty’s funeral was held on Saturday Feb. 23rd. In lieu of flowers, we encourage you donate to your favourite caring charity.