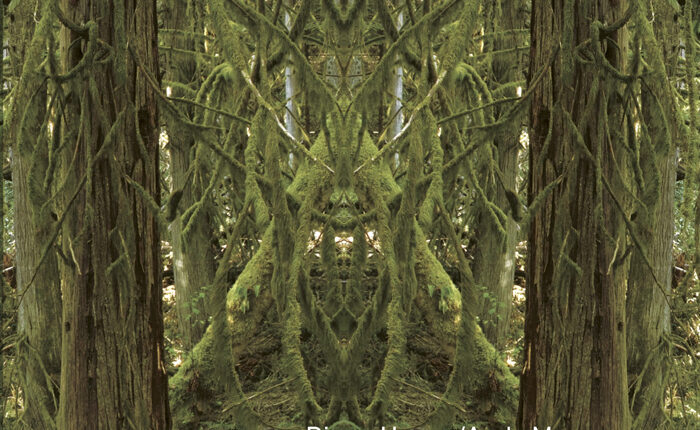 The first video connected to Deeper Into the Forest is attached to this story excerpt from the March 24, 2021 Driftwood newspaper.

Respected island poet and photographer Diana Hayes and equally accomplished musician and music producer Andy Meyers are proving the power of collaboration in a new project being launched this week.

Deeper Into the Forest is an album of spoken word set to music, with Hayes performing a selection of work from her 2019 book Labyrinth of Green. The poetry is set to music written and performed by Meyers, with recording done at his Allowed Sound Studio.

The CD was produced with help from the British Columbia Arts Council’s Microgrant Pilot Program.

The project is the first of its kind for Hayes, who has usually felt more comfortable behind the pen or a camera than a microphone. Several people approached her after she did a reading for Labyrinth of Green, though, and suggested a recording would be a good idea.

“They felt it was something that I should pursue — they liked my presentation and they thought it would be kind of an extension of the book itself or a recreation of it,” Hayes said. “I had often thought about it, and I was really fond of listening to Brian Brett’s CD, which he did with Andy. And I think especially now that so much is happening online, it’s a really good way to share poetry.”

Hayes and Meyers first began talking about the project in December 2019, and they got to work selecting a short-list of poems the following January. Recording of Hayes’ vocal tracks was done in February of 2020. Then COVID hit.

“We had a slice of all the various things that go on in the book,” Meyers recalled. “We had a certain trajectory . . . It was a good thing we had Diana’s parts down, because I was allowed to work with myself in that setting, but it would be harder to work as a duo.”

For more on this story, see the March 24, 2021 issue of the Gulf Islands Driftwood newspaper, or subscribe online.