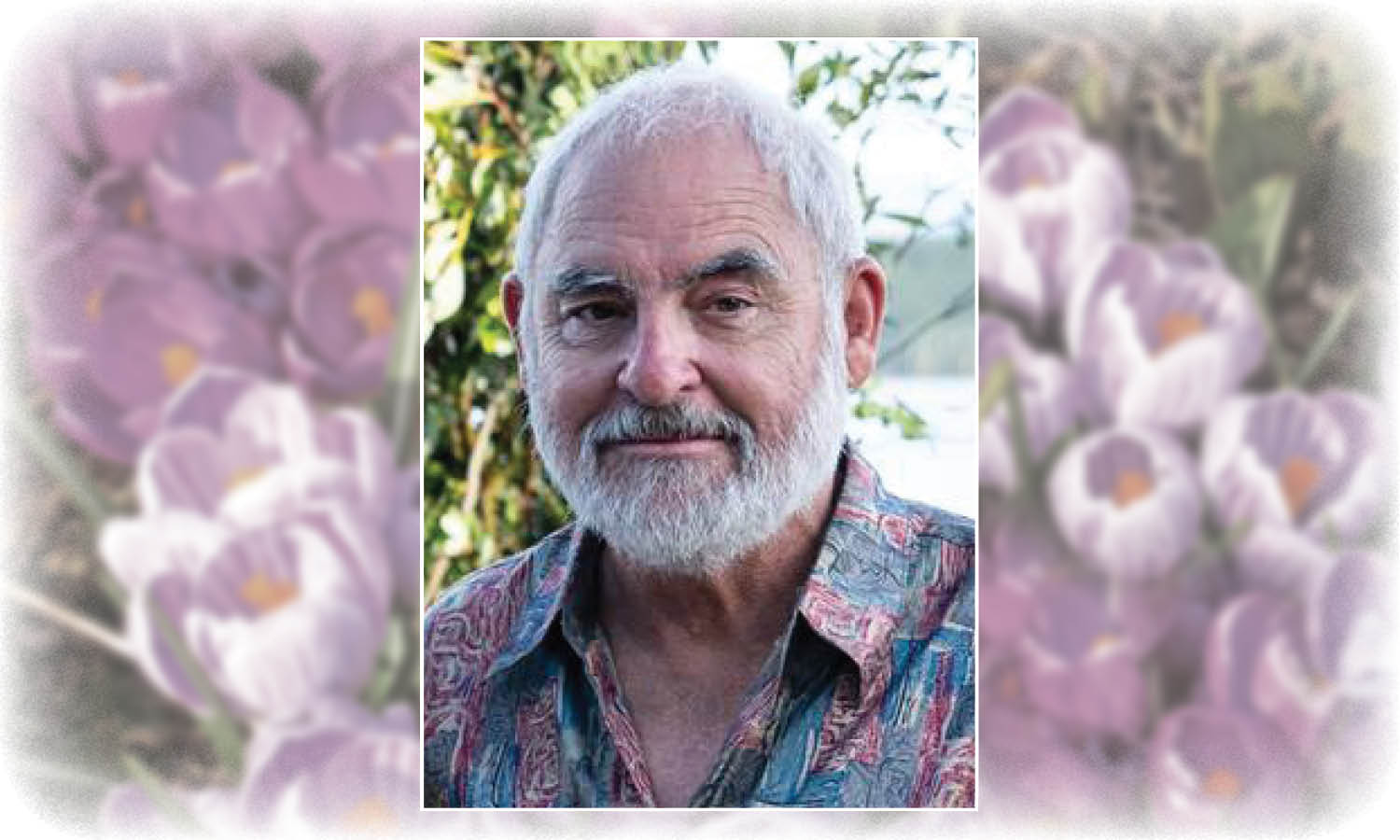 Derek lived a good, rich life, and passed away surrounded by love, music and family.

Born in New Denver, BC to delighted parents Tom and Bette Wilkinson, Derek was a cherished little brother to Gail. His early memories included living in England before the family returned to BC, built a home in Tsawwassen and welcomed his little sister Kim. He started learning guitar at age 9, and continued to make and appreciate music throughout his life.

During high school his family moved to Port Alberni. Derek’s first summer jobs were in fish camps and on fire-suppression crews. He completed a Bachelor’s degree in Philosophy at UBC, later trained as a Forest Technician, and hired on with the BC Forest Service. He met Jean Wallace in 1983 at Gail’s house-warming party; they fell in love and were married the next year. Together they renovated their home, created a garden, and built a strong network of friends in Squamish. After traveling in Great Britain and Hawaii, they celebrated the birth of their son Sean in 1987. On top of being a fully-engaged and involved father, Derek commuted to SFU to earn a B.Sc. in Computer Systems, and returned to the Squamish Forest Service office to provide systems support, training, analysis and trouble-shooting. In 1991 daughter Kayli was born, bringing even more joy into the family.

Derek loved being a dad, and sharing day-to-day enjoyment of nature, music, gardening, board-games, movies, soccer and charades made for a fun and active family life. Frequent adventures included camping, cross-country skiing, Peace marches, kayaking, road-trips through Canada and Western US, snorkeling and exploring warm destinations on spring vacations, and a summer travelling in Northern Europe together. Derek also maintained close ties to his parents, sisters and in-laws, regularly visiting and spending special times with them.

After retiring in 2009, he and Jean fulfilled another dream by moving to Salt Spring and happily settling into this special place. Derek thoroughly enjoyed having more time to read, kayak, play guitar, compose music, build and fix things, garden, cook, pursue photography, volunteer at Folk Club, Xwaaqw’um and other gatherings, and meet new friends. Other favourite pursuits included winter travels through Costa Rica, Nicaragua, California, Cuba, Guatemala, Belize and Hawaii, and summer camping trips in the Yukon and throughout BC.

Derek was a kind, strong, quiet man with an intelligent and discerning outlook. He was a very caring, supportive husband who cherished his family and valued his connections to friends and community. He was always learning and thinking, and supported many environmental and social justice causes.

Throughout his life Derek faced various health challenges with courage and refused to let them define him. Our deep and sincere thanks go to all the ambulance and medical personnel who provided such compassionate and professional care to him when needed.

We also wish to express our lasting gratitude to everyone who was part of Derek’s life, and to all who have so freely offered their support and condolences on his death. Our hearts are heavy with his sudden passing, but Derek gave us so many wonderful times together and a lifetime of good memories. His love still surrounds and sustains us.

A celebration of Derek’s life will be held on June 28 at Beaver Point Hall on Salt Spring Island. Donations in his memory may be made to the Land Conservancy of BC (conservancy.bc.ca).