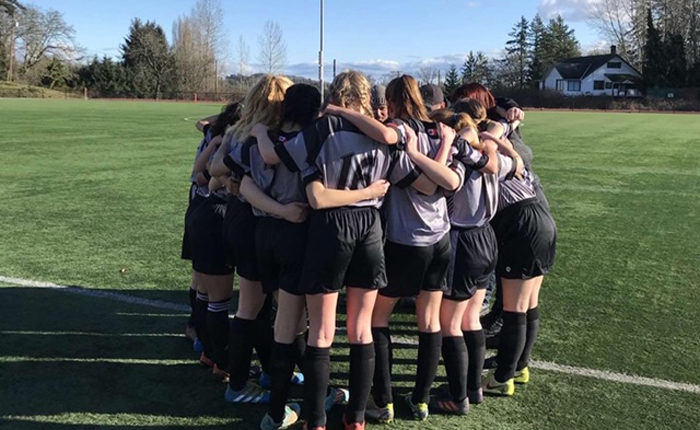 Next challenge the district cup in April

Team manager Cheryl Roehlig said the girls “played beautifully both defensively — holding their opponents to only one goal – and offensively, scoring five goals against a pretty formidable defence.”

Up 3-0 at the half, the girls bound together at half-time as a team, determined to secure the win for themselves and to bring the trophy back to Salt Spring.

“Each and every player on this team contributed to this win,” said coach Chris Jason. “They should be enormously proud of the way they played out there.”

The Tim Satterford Cup competition is facilitated by the Lower Island Soccer Association. It is a single elimination competition that starts in October for teams in their respective leagues and plays out during the first half of the season. The Salt Spring girls U15 silver team will also compete in the district cup, which takes place in April.

Racers set for championship event at the Sailing Club