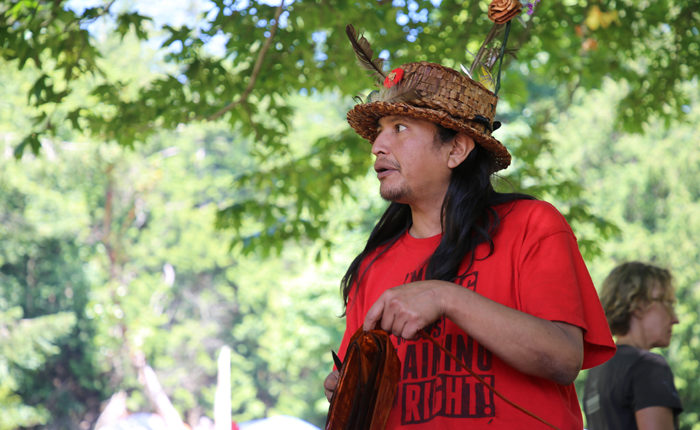 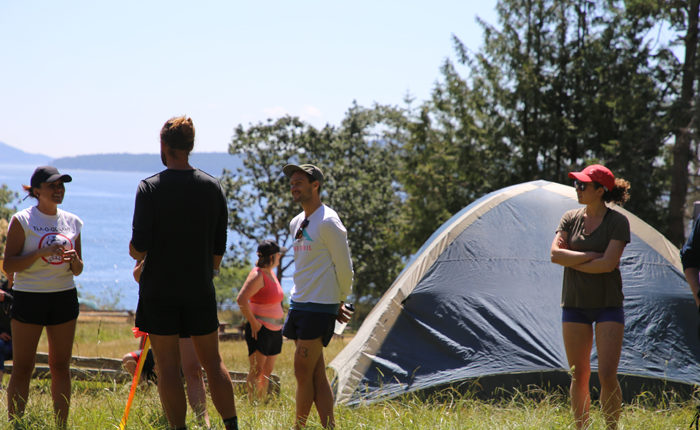 Runners prepare for the 16 km loop. 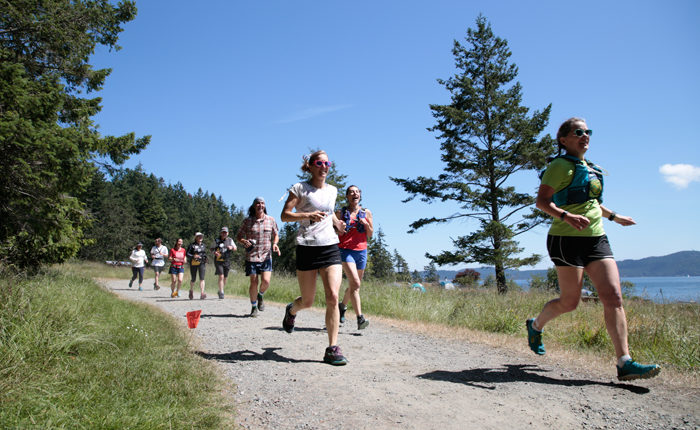 They're off! The first batch of trail runners take off along the water.
Prev 1 of 3 Next

The three-day event started with a camp-out Friday night in Ruckle Park. Saturday morning began with a welcoming ceremony, followed by a kids’ run, and a set of trail runs in varying lengths, as well as cedar weaving lessons and a traditional salmon dinner.

Runners had the choice of a 16-km run through the park and around the Beaver Point area, a 10-km run or a three-km run. The event attracts both local runners and runners from off-island.

Organizer Dave Melanson started the Ruckle Park run as a way to bring an understanding and appreciation of First Nations peoples to the sport of trail running. Melanson grew up running the trails in Ruckle Park, and decided that more people would benefit from seeing the beauty of the local trails.

“It was kind of born of wanting to do something to help give back to the island that I grew up on and also be able to introduce these beautiful places to people who haven’t had the opportunity to see them,” Melanson said.

Melanson has been holding trail runs in conjunction with First Nations for years on Salt Spring. Another goal is to foster a sense of respect for the traditional history of the island.

“It was really important for me right from the get- go that First Nations were directly involved, and that permission was coming primarily from them and then moving outward from there,” Melanson said. “People come over, and especially if it’s one of their first time they come to the event, they finish and wonder why everyone isn’t doing this.”

Throughout the day on Saturday, participants could take part in cedar weaving classes taught by John-Bradley Williams from the Tsawout First Nation. Williams taught two classes, one in the morning for campers, and one in the afternoon for runners.

“It’s twofold, we can get everybody fit and they can learn too,” Melanson said. “They get the opportunity to learn, recognize and appreciate another level.”