B team helps fill the gaps

The Gulf Islands Secondary School boys basketball team were only a few points away from winning this year’s Nairn Howe tournament, which took place over the weekend.

Instead they had to be happy with second place, which was quite exciting for the young team. They finished their final game against Royal Bay losing by only nine points after crawling back from a big deficit in the first half. By the end of the game, they were within shooting distance of the goal, but were unable to make up those final points.

“We dug ourselves a hole in the first half and it was pretty difficult to get out of it,” said coach Myles Wilson. “We tried. If you’d have seen the first half you’d wonder how we clawed back, but we did. That’s the way it goes, though. They were hot and we weren’t.”

While the boys were unable to duplicate their 2019 accomplishment, they played well throughout the tournament. Their season has been quite good for a relatively new squad, said Wilson. He added that even when the boys lose a game, it’s not by much.

“They have been competitive. The biggest thing from our coaching standpoint is that we have to be more consistent,” he said. “We lost consistency and it cost us the game. Too many turnovers and unforced errors hurt us.”

As hosts of the tournament, GISS had to pull together a “B” team after one of the teams dropped out of the weekend at the last minute. The second team was made up of alumni, current players and some juniors, and served to play in losing brackets just to ensure visiting teams had someone to play against. The secondary team’s performances did not count in any standings, and just allowed for visiting teams to play more games. The official GISS team was also down one game, since their competitors from Nanaimo were snowed in on Saturday morning.

Home tournaments are a nice change of pace for the boys, who play most of their games on the road. It gave the players’ friends and parents the chance to watch and show support.

Wilson said that the high scorers in the final game were Matthew Schure and Reuben Wright. Nathan Lavallee took home the Nairn Howe award for GISS, which goes to the player exhibiting the most sportsmanship and dedication.

For more on this story, see the Jan. 22, 2020 issue of the Gulf Islands Driftwood newspaper, or subscribe online. 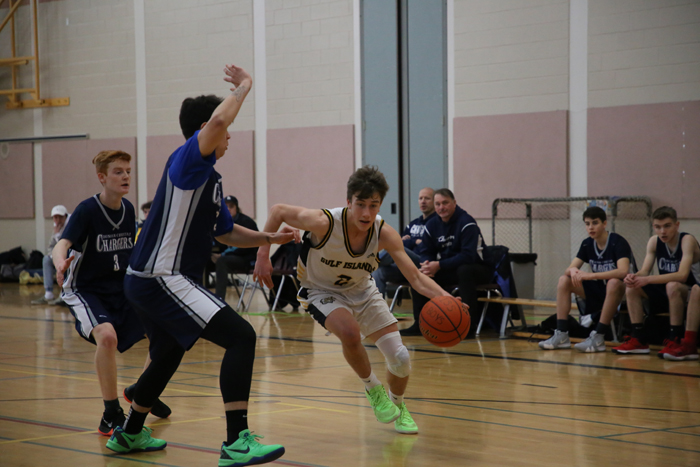 Guard Matty Schure dribbles past a Duncan Christian defender in the first game of the tournament. 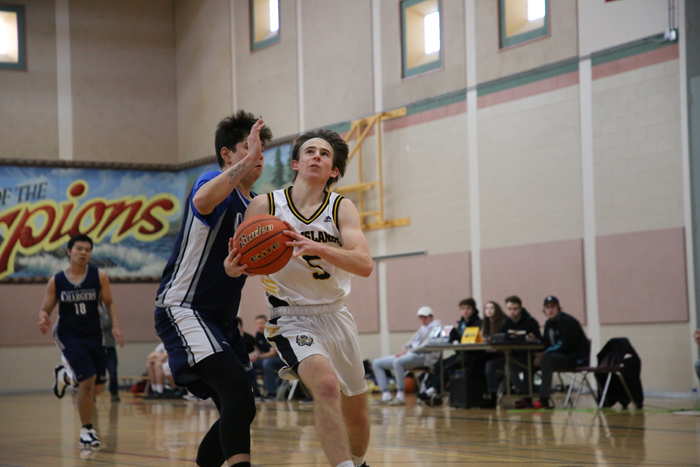 Isaac Faulkner readies for a layup in the first game. 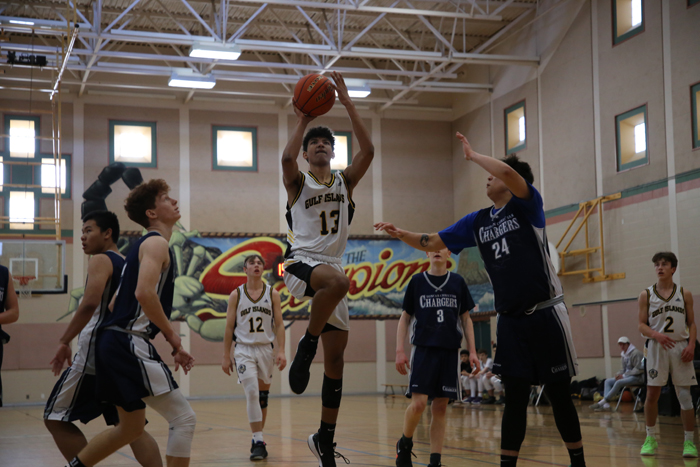 Reuben Wright takes a long shot during the first half. 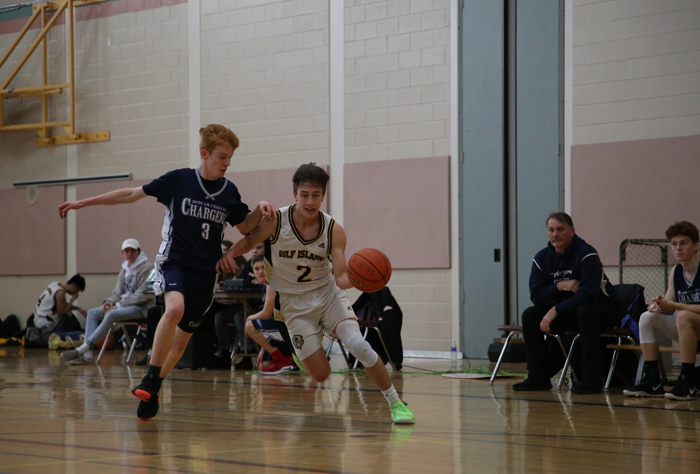 Schure tries for the net. 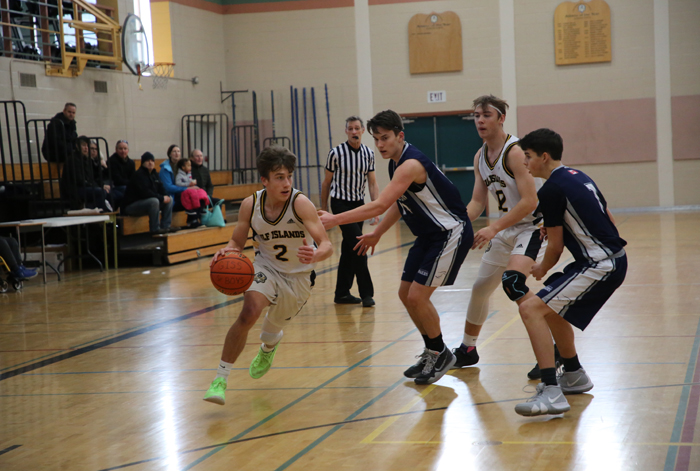