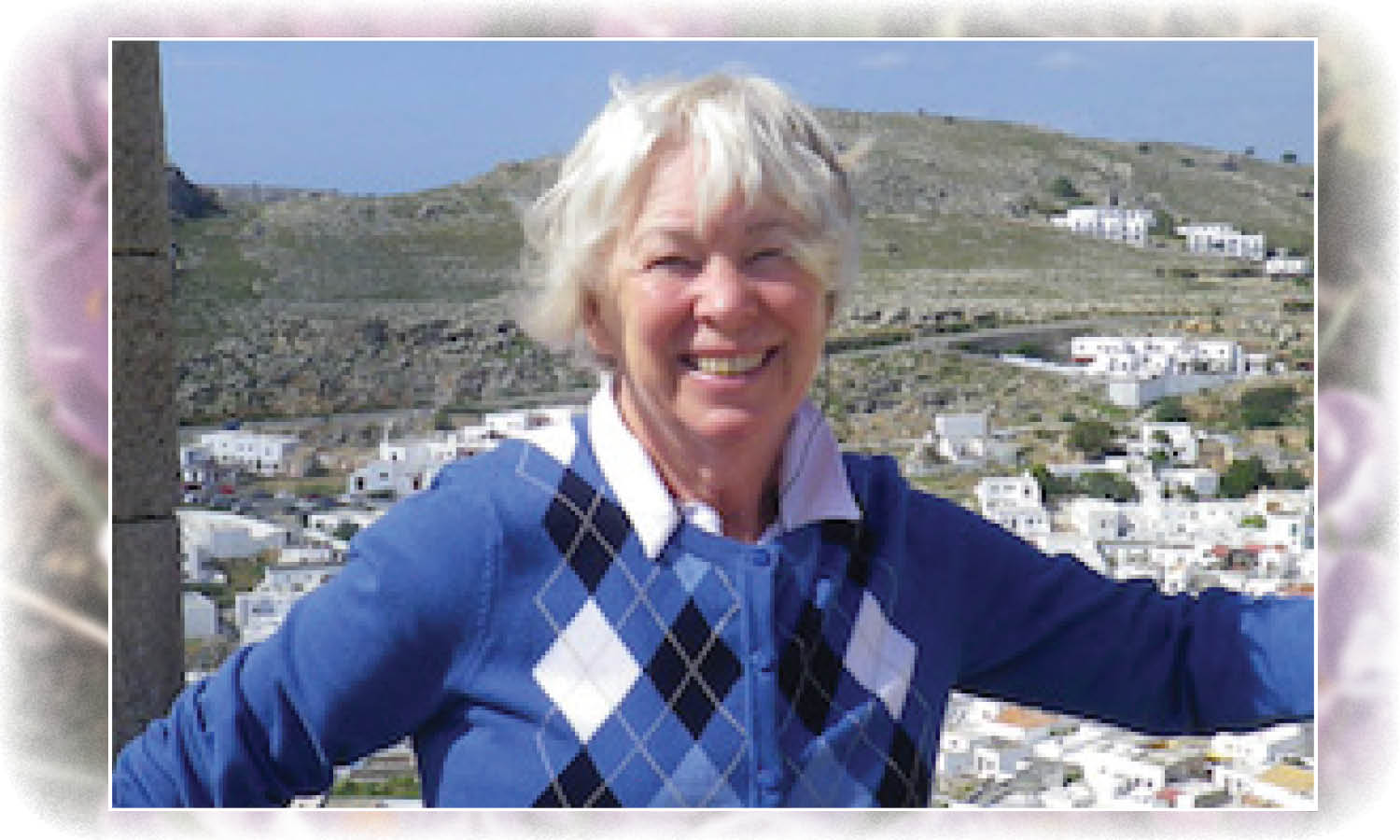 Alice passed away April 11, 2018 after a long battle with cancer.
Alice was born in Fredriksberg, Denmark, in 1951 to Edwin and Ellen Schodt. Three years later, the family sailed from Copenhagen to Halifax and arrived at Pier 21 in 1954. Alice’s sister, Brigitte, 11 years older, remained in Denmark to finish her schooling, after which she joined the family in Canada.

After crossing Canada by train, Edwin Schodt quickly found work as a journeyman painter at the Hotel Vancouver. A few years later, they moved to the tiny town of Woodfibre, where Alice took the first ferry ride of many in her life. The town was closed permanently in the 1960s and everyone was forced to relocate. The Schodt family moved to North Vancouver where Alice finished high school.

One day, as fate played a hand, Alice and her best girlfriend Gina saw an article in a Vancouver newspaper that a hotel owner on Salt Spring Island was looking for service staff. Alice and Gina decided they would apply for the job and spend the summer working at the Harbour House Hotel. Gina left after the summer but Alice had found a home on Salt Spring and settled there permanently in 1972.

There she met Salt Spring resident Tony Richards and they spent the next few years living off the land and the ocean near Surge Narrows on Read Island. During that time their two sons, Damian and Robin, were born, which triggered a move back to Salt Spring Island.

Upon returning to Salt Spring, Tony went to work with his parents at the Gulf Islands Driftwood newspaper. Soon after, Alice joined the staff as a photographer and columnist and won many awards for her work. During Vancouver’s Expo 86 Alice applied for a pass to follow the Queen and Prince Phillip on their official duties in Victoria.

She was very proud of the photos that she took, which appeared in the Driftwood, and she was especially thrilled to be invited aboard the royal yacht Britannia for a cocktail party. There, she found herself next to Prince Phillip who asked her, “What islands are we looking at?” Alice pointed out Salt Spring and told him that the lamb they were serving for dinner aboard the Britannia that evening came from Salt Spring. He was suitably impressed.

Working at the Driftwood gave Alice and her family many opportunities to travel for newspaper industry-related events, leaving wonderful memories of many places across Canada and as far as the United Kingdom.

Alice met her second husband, William (Bill) Haworth, at the Salt Spring Island Golf Club. Golf became a passion which led the couple, along with their many friends, to search out sacred golfing locations. Twice they travelled to St. Andrews in Scotland for the British Open, and playing a traditional 12-hole course on the Isle of Arran was also a highlight. At home, Alice had five holes-in-one to her credit. Her first was at Blackburn Meadows golf course and she scored four others at the Salt Spring Golf Club.

Bill and Alice, together with friends, also enjoyed small ship cruising on a voyage to antiquity — Athens to Istanbul — visiting ancient and holy sites such as Acre and Jerusalem and a subsequent trip with the Aegean Odyssey from Lisbon to Venice.

Alice leaves her husband Bill and sons Damian, Maple Ridge, and Robin, in Duncan.
There will be no service by request.