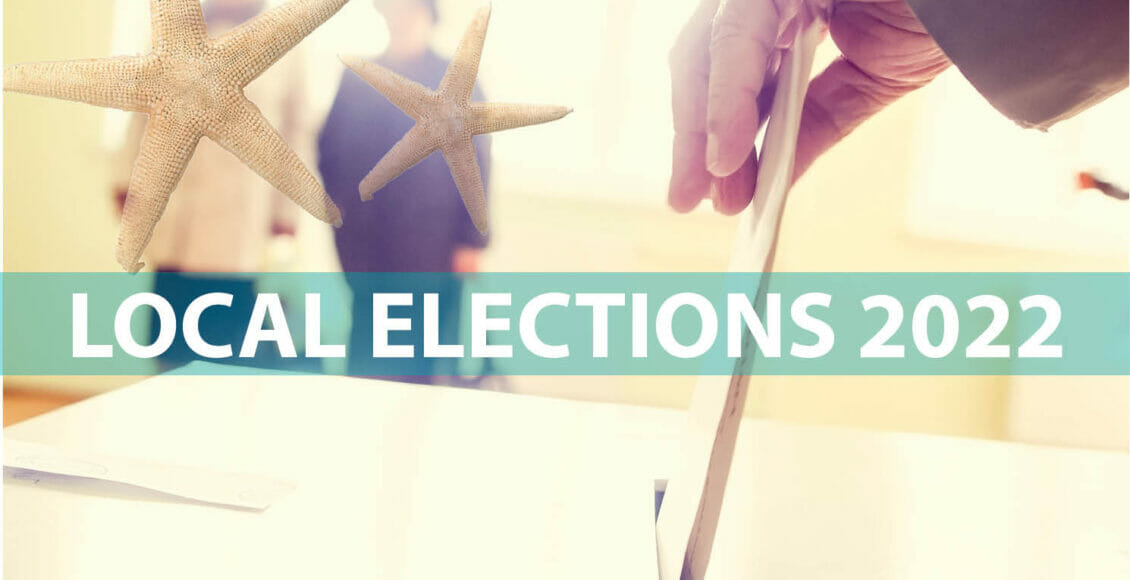 Salt Spring Island has six individuals vying for three seats on the Gulf Islands School Board this year: Anna Szul, George Sipos, Jenny McClean, Nancy Macdonald, Rob Pingle and Tisha Boulter. The candidates provided a 200-word biography and statement about why they are running for school board. McClean is also running for an Islands Trust position.

A single mom of two kids in elementary school, Anna Szul moved to the island four years ago and immediately felt embraced and supported by the community. She has worked for Salt Spring Arts for over a year, a continuation of her arts education and non-profit sector experience in Vancouver and Edmonton. During COVID, she was grateful for the support of IWAV and is happy to have a permanent home in the newly opened phase three of Croftonbrook.

Szul believes arts are integral to the development of children. She coordinates the Artists in the Class program between Salt Spring Arts and School District 64 and has built good relationships with the teachers in our schools through that program. This past spring she organized the youth exhibit during the Spring Art Show where students explored their identity as well as the heritage of Mahon Hall.

Szul says her non-profit experience has given her a solid understanding of the need to be wise about spending to maintain a balanced budget, while her arts background has fostered a healthy dose of thinking outside the box.

“I want to continue to grow with this fantastic community and believe I can provide a unique perspective to the questions raised at the board table.”

George Sipos is best known on Salt Spring as the former executive director of ArtSpring. Since his retirement, he has been active in the community as treasurer of both the Salt Spring Forum and Transition Salt Spring.

Prior to his arrival on the island in 2006 he lived in Prince George for 25 years where he taught adult basic education at the community college, owned an independent bookstore and was general manager of the Prince George Symphony. Over the years, he has served on many boards, including the Board of Governors of the College of New Caledonia, the BC Library Foundation, the Canadian Booksellers Association, the Prince George Home Services Society and a good number of others.

As for why seek election as a school trustee now, there are two main reasons. Some 40-plus years of diverse experience in education, business and organizational governance are bound sooner or later to want to come together in a “big, complex, worthwhile challenge.” A more personal reason is having a fine grandson who has just started Grade 1 at Salt Spring Elementary. Suddenly, the health and future evolution of our local schools seem especially compelling.

“Offering voters my accumulated experience and judgement that can help the district’s governance along seems a good commitment toward that end,” he said.

Nancy Macdonald has had a long history in education as a French Immersion teacher and later as GISS principal from 1998 to 2006.

“As an educator I understand the realities, the funding and the challenges facing districts. Ask anyone who has worked with me before: they will tell you that my focus was on improving student success and creating a strong overall culture. As a trustee I was actively involved in creating the strategic plan, bringing school principals to board meetings to showcase their schools and advocating for school reconfiguration discussions long before the process finally began.”

Macdonald said she will use her experience to ask questions about how education dollars are being spent and to ask about how students are doing, given the pandemic.

“I come in with an open mind, no axe to grind, just an eye on the kids, their safety, their health and their learning. I bring a calm demeanor to the table but, as always, high expectations. You can trust me to be fair and hard working.

“My three children loved school here on Salt Spring. Now my grandson is at Fulford.  This is for him.”

Rob Pingle moved to Salt Spring Island when his oldest daughter was beginning Kindergarten at Salt Spring Elementary (SSE). He spent much time at the school with his youngest, as that was also the first year of the ELF program.

He volunteered to run the toy library for Salt Spring Community Services and also became chairperson for the SSE PAC. Within a year, Pingle was working as the coordinator of the Saturday Market  in the Park and had taken a vacant position on the school board.

“When I joined the board, I was the only new member and felt fortunate for the guidance and leadership of members who had served for over 20 years. It was a great learning experience,” he said.

For the past 14 years, Pingle has been a dedicated school board trustee while raising his daughters, hosting international students and working in the community. He helped coordinate the BC School Fruit & Vegetable Nutritional Program in SSE and successfully encouraged other schools in the district to participate. He has actively participated on district committees and was board chair while the district worked through the reconfiguration process.

Pingle said he hopes the community will continue to value his perspective as the longest-serving board member running, and as someone who has continually been involved in the community through his work with the Capital Regional District and Islands Trust, as well as his volunteering.

Tisha Boulter says she fell in love with Salt Spring in 1997 when she worked as the head cook for Camp Narnia, and then moved back here permanently in 2001. She is now a small business operator, a hobby ceramic artist and a community volunteer.

During the 17 years her children have been attending school she has been an active executive parent advisory council member of five different schools. For the last four years she has served as a school trustee, with two of those years elected as board chair.

During her term on the school board, Boulter has chaired the finance, audit and facilities committees, co-chaired the district anti-racism working group, attended provincial council meetings on behalf of SD64, sat on the climate action working group and currently attends three monthly parent meetings.

Boulter acknowledges her privilege to have a seat at the board table and has been proud to build good working relationships with her colleagues, staff, parents and community members.

“I would be grateful to be elected for another four-year term to continue contributing to the stability of a healthy school community and so that the youth in the Gulf Islands have the best opportunities to feel belonging and experience success,” she said.

Jenny McClean was born on Salt Spring Island and has raised her children here. She says she has attended Islands Trust meetings since 2008 and is very well informed on Salt Spring’s political processes.

“I first felt excited about the idea of running for the position of trustee many years ago while I was attending a school board meeting on Pender Island. I noted that Pender Elementary was green and connected to the food cycle. The students harvested food and cooked that food in a cob oven that had been built on the school grounds, and they had solar panels on the roof of the school. Since that time, the schools on Salt Spring have began to use solar and have developed nature programs. I am interested in the greening of the schools.

“I am also interested in the situation we are in with the school that housed strong programs for the middle school age group becoming a community space managed by the CRD. I am interested in the future of that and what can be done to make up for the loss of that school from the children who enjoyed it.

“I have a lot of experience with school systems and have attended school board meetings in the past and I understand the obligations entailed with the trustee position.”