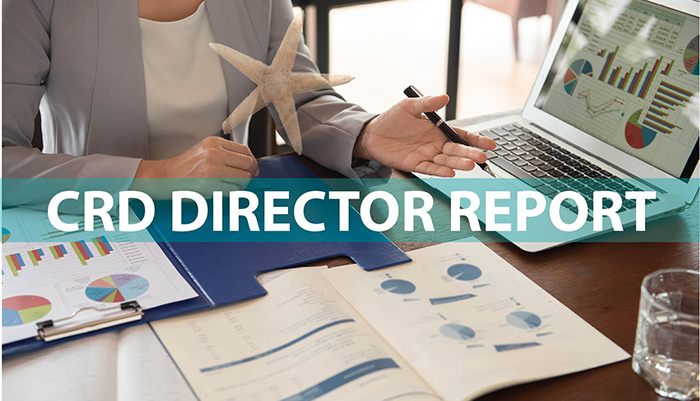 The local community commission (LCC) concept has been debated for years on Salt Spring Island, as part of governance and incorporation studies in 2002 and 2017, and in 2010 when the province recommended consideration of an LCC to locally elected officials here, as a “stepping stone” to incorporation.

The most extensive of these reports by the CAGWG resulted from two years of meetings attended by various community members and leaders with an interest in the governance question, including past and present CRD commissioners, former local government staff, and elected officials, including Islands Trust trustee Peter Grove and myself.

In part due to criticism by incorporation supporters that an LCC had often been raised as a governance option but never pursued, I included establishment of an LCC in my 2018 election platform. I also made a number of other governance commitments such as regular town halls, public budget presentations, and better cooperation with other agencies and community groups, which I’ve done my best to honour.

I delayed the LCC initiative to avoid confusion with governance discussions among North Salt Spring Waterworks District (NSSWD), the province and CRD. These discussions, which eventually failed despite the prospect of millions of dollars in infrastructure funding, were also delayed by a so-called “Water Optimization Report” which required several iterations of revisions to address agency concerns. This study actually recommended a variant of an LCC — an elected, island-wide water board overseeing a number of area-specific water utilities. However, this would have placed decision-making in the hands of non-residents of small water districts, which is why the current LCC proposal only applies to island-wide services.

Once discussions with NSSWD ended, I publicly affirmed in a Jan. 5 Director Report my intent to establish an LCC, “comprised of four, elected at large members, who with the director, would broaden oversight of all CRD services . . . and could also consolidate some services” and “which would require voter approval at the next local government election in October 2022.” I also reported that the process leading to a referendum would begin in the spring.

In a Feb. 23 Director’s Report, I provided a more detailed description of the LCC proposal and announced that “at my request, [some members] of the CAGWG are preparing a more detailed discussion paper with options and recommendations” regarding the proposal. I also announced the establishment of an advisory committee with “representation from CRD commissions, other key local government agencies, and some members of the public” to make recommendations to CRD based on a review of the discussion paper and public input.

The discussion paper was released online by the Driftwood and Salt Spring Exchange by mid-May, with hard copies made available at the local CRD administration office and the library. The LCC Advisory Committee (LCCAC) held two pre-advertised Zoom meetings on May 27 and June 6 (evening meeting), and then two in-camera meetings to provide recommendations to CRD staff on the LCC bylaws. Since Jan. 5, I have attended about a dozen Islands Trust and ASK town halls in which I discussed and was available for questions about the LCC proposal. I submitted five Director Reports and columns to the Driftwood, which also wrote seven editorials and articles on the LCC proposal. There have also been a number of letters to the editor, pro and con, about the LCC. Many of these reports, articles, and letters have been posted on local social media discussion forums where there has been a lively debate.

The LCC bylaws, which include several key recommendations by the advisory committee, were given three readings at the July 13 CRD Board meeting, and are now subject to voter approval in a referendum to be run in conjunction with the local government elections to reduce costs. Voters will have three months to review these bylaws, which are posted on the CRD website. Additional information will be provided on the website, and the merits of an LCC will undoubtedly be part of our election debates.

I will be urging voters to support the proposal. An LCC for Salt Spring will broaden local CRD elected representation for our community of 11,000; make decision-making more transparent and easier for citizens to track; and consolidate service delivery now overseen by four appointed commissions. An LCC would provide some of the governance benefits of incorporation without its downsides — the huge liabilities of our 265-km road network and potential weakening of the Trust. An LCC has been much discussed on Salt Spring, but never put to voters. On Oct. 15, it should come as no surprise that voters will finally be offered this choice.

Nobody Asked Me But: Guinness Book of World Records opportunities abound on Salt…