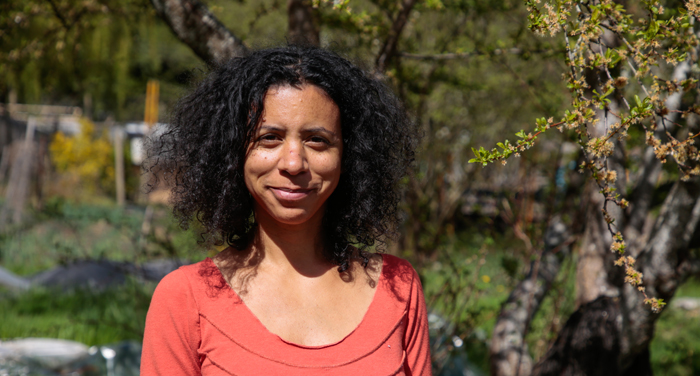 I had a realization a few months ago. It was this: it’s summer and I live in paradise.  Somehow I had managed to let the weight of these facts escape my awareness and I had been spending most of my time in my house, cooking and cleaning on repeat.

Since then I have tried to spend some part of every sunny day on the beach; toes in the sand, the sound of waves crashing around me. I’ve been calling it my Jamaican summer, because I’ve been asking myself, “Why did I want to go to Jamaica again?” when I have all this right in front of me.

This experience has me reassessing flying — this constant desire I feel to jump in an airplane and see the world. It’s always whispering in the background of my mind, talking about Thailand’s elephants and Italian cafes. Although I haven’t flown in eight years, which is a big deal for me as I’m a born traveller, we are considering an epic family trip to Spain and Morocco this winter.

I’m on the fence. Or, more accurately, I’m holding the decision in my hands and allowing it to be the really big deal that it actually is.

The question of flying is a prime example of our culture’s split personality when it comes to the environment. We are increasing our consumption and pollution at the same rate as we increase our understanding of how dire the environmental situation actually is.

On the one hand we are flying more than ever. Last year a new record was set for the most flights in a single day (202,157) and all estimates are for continued exponential growth. Prices are astonishingly low and it is pretty much as easy to get to Seattle by bus as it is to fly to Mexico City or London, England.

On the other hand we are becoming more and more aware of the harm of our culture’s airplane obsession.

This thing that we treat so casually is probably the most environmentally destructive action we can take as individuals. As our understanding of the interaction between airplanes and the environment increases (meaning as the calculations become more accurate and more honest) the estimated contribution of aviation to global carbon emissions has risen from an underestimated two per cent to as much as four or five per cent. And if that still seems small, remember that only about three per cent of all the people in the world fly in a single year.  This is a scourge of the elite. Meaning you and me, my friends.

And yes, biogas and electric airplanes are beginning to make an appearance, with Harbour Air’s De Havilland Beaver being the world’s first commercial electric airplane leading the charge. Airplanes are becoming more efficient, carbon-offsetting schemes continue to increase in popularity and more and more people are joining the global no-flying movements and pledging to never take a flight again. Which is all hopeful, but, at least so far, none of it is alleviating the impact of aviation almost at all. It takes little weight out of stepping on that airplane to Spain.

Because, really, getting on that plane is a pretty big vote in favour of business as usual. It is yet another “yes” and money paid to the system that is destroying our planet. As the Amazon and the Arctic burn, that is a hard thing to keep on doing.

And let me say, I don’t judge you for your choices. Well, at least I’m trying not to. I hope you will try not to judge me for mine. The world is large and utterly beautiful, and we want to go see it, as well as our far-flung loved ones and friends.

The issue with us is that we want so much of it, of everything, all the time.

We live in a culture where something as amazingly destructive as flying is completely normalized. Even though we know and care about the state of the world, we congratulate each other constantly for our travels. Again it’s that split personality showing itself. So many of our Facebook feeds intersperse articles on melting Arctic ice and erratic weather patterns with pictures of our latest trip to Bali, or Montreal. We don’t seem to be connecting the dots. And if we aren’t, it’s because we don’t want to.

It’s easy to feel that our actions are small, and that it is unfair to ask individuals to change, since it is corporations who are doing the most damage. agree that our most important job is to hold the biggest polluters accountable, to hold their feet to the fire and force them to change. But somehow the idea of doing that while freshly back from another European vacation feels hollow. If we aren’t willing to take less, then it’s unlikely we will be able to change before it’s too late.

I’m not saying I will never fly again. My father lives in Spain and my mother in Ohio and I will likely go see them at some point.

But what I am asking of myself is the same thing I am asking of you: to hold your flight in your hands and weigh it with honesty.  To own it without shrugging off the consequences of your choice. Weigh it with the deep understanding that the damage done can never be undone. And admit that when someone brings it up. This is my choice, and I have really thought about it. The world will take a permanent hit because of this.

And if it still feels right, then go ahead. But if it doesn’t, then don’t.

This seems to be what these times are asking of us. A species whose main thrust has always been getting more, learning how to need less.

It’s a lot to think about.

And it’s a beautiful day outside. If you are looking for me, I’ll be at the beach.

Trustee Laura Patrick Reports To Community As 2022 Kicks Off