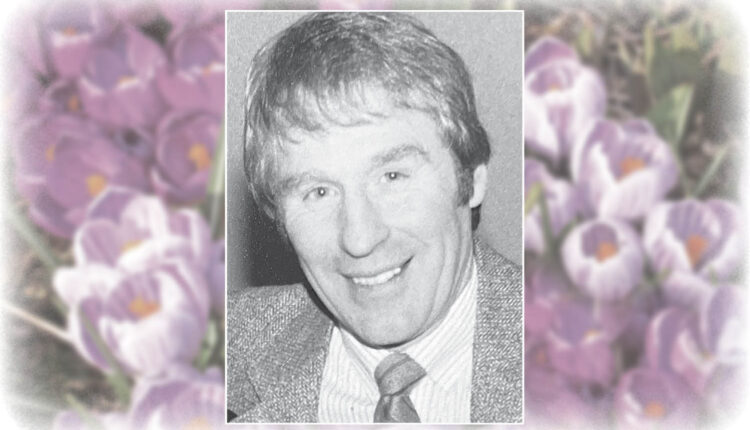 Glenn passed away peacefully the morning of November 23rd at the Royal Jubilee Hospital in Victoria. He is survived by his wife of 62 years Linda, son David (Christina), daughters Deborah (Bill), Barbara (Gregg) & Glenda (Paul), and his 12 grandchildren.

Glenn lived an outstandingly full life, making the most of everyday. Born in Port Alberni, BC and later moving to Chemainus, where he excelled in sports as an all-star athlete, winning provincial titles in basketball and baseball. Later in life he coached basketball and Little League Baseball. When he wasn’t on the court or the diamond he was in the boxing ring, winning a Golden Gloves title at 14.

And then there was golf at his beloved Salt Spring Island Golf Club. Glenn became a club member in 1966; he was a player, tournament volunteer, Junior Golf supporter, coach, ambassador, Grounds Committee and House Committee member, Men’s Captain, Club President, and a proud Popo as he’d take time to get all of the grandkids out on the course at every opportunity. He loved to travel for golf and teeing it up at Scotland’s St. Andrews Old Course was a life long highlight.  He loved History and made sure his travels always included visits to meccas of the past.

It was all fun but not all games. Glenn worked just as hard at academics as he did in sport. He graduated from UVic’s Education Faculty and immediately took a position as Principal at Saturna Island Elementary school. Along with starting his career came starting his family of four children before moving to Salt Spring Island in 1964, a move that truly sparked his nearly 40 year teaching career starting with a teaching position at Salt Spring Elementary. While teaching, Glenn earned his Masters of Education in Administration from UVic and enjoyed principalships at all 3 Salt Spring Elementary Schools. It was not uncommon for many a past student to stop Glenn in town to thank him for his direction and caring during their early school years.

He worked passionately to strengthen Salt Spring’s community. He sat on the Board of the SSI Foundation, was Chairman of SSI Parks and Recreation for 15 years where, under his leadership and the dedication of fellow islanders like Hal Leighton and Roy Lee, the Commission developed the Fulford playing field for soccer, baseball and softball, the Little League diamond in Ganges, Portlock Park for soccer, tennis, softball and track and field and the commission took over Mahon Hall for the arts.

With never a minute wasted, teaching, coaching, & countless committee & community meetings he still made time to create a farm with his wife in the Cranberry Valley.  Land clearing and swamp draining brought hay fields and acreage for beef cattle and a barn for pigs, not to mention his very own rustic driving range. But his vegetable garden was something to behold. Glenn was passionate about his garden and his toiling paid dividends. His corn and hay were award winners at the Fall Fair and he loved to boast over a late summer dinner that “everything on your plate is right off of this farm”.

Spanning 82 years, Glenn was an athlete, an academic, a farmer, and a community builder respected by many. He was a kind-hearted man with a gift of honesty, integrity and fairness.

During the last 6 years Glenn quietly dealt with Parkinson’s, but never missed his Yoga with Celeste, PD Movement with Anna and training sessions with Leslie.  He faced his challenges bravely only to find himself being eased out of the game but Glenn was never the guy you’d want to see benched.

Memorial service will be held at the Community Gospel Church, 147 Vesuvius Bay Rd. On Wednesday, December 15 at 2:00 pm.

In lieu of flowers, please consider a donation in Glenn’s name to the SSI Foundation.

Masks and proof of double vaccination
are required.