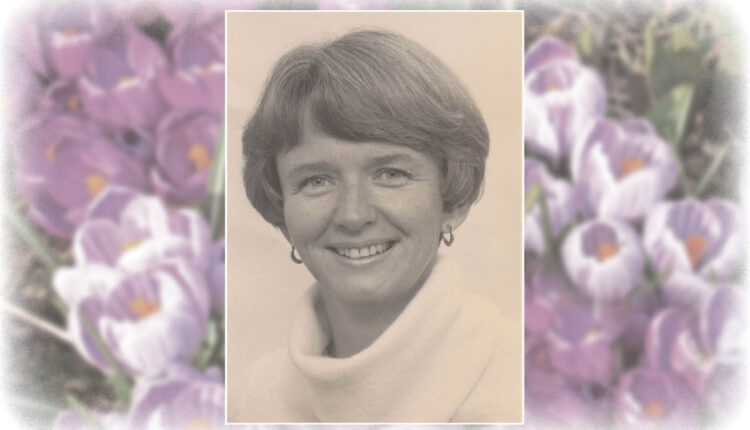 Jane Winter (Hardie) passed away peacefully on August 8, 2020 at Lady Minto Hospital on Salt Spring Island, BC from her struggle with Alzheimer’s Disease, at the age of 81.

She will be remembered by her husband of 59 years, Jeremy, her son Ian (Debra), her daughter Erica, grandchildren Mitchell and Griffin, sister Sheila (Ernie) Hoen, and her many close friends. She was predeceased on Saltspring Island by her parents Leslie (’84) and Molly (’99) Hardie.

Jane was born in Victoria, BC and spent early childhood summers at Rainbow Beach on Salt Spring Island, where she first met Jeremy. Jane earned a Bachelor of Education from the University of British Columbia. She and Jeremy were married in Victoria in May 1961 and raised their family in Winnipeg, where she continued to pursue her career in education, eventually becoming chairman of her local school board. In 1995, after a few years’ stopover in Edmonton, Jane and Jeremy moved permanently to Saltspring Island. Janie immersed herself quickly in the community, joining the Saltspring Singers, playing bridge, taking long walks, attending book club, and most of all, enjoying time with her wonderful friends. She was a keen gardener and cook and loved her daily ocean swims from the rock beneath her home on Duck Bay.

She will be missed by many. A service will be held during more relaxed times when family can be present. In lieu of flowers, donations may be made to The Alzheimer Society of BC or Lady Minto Hospital.