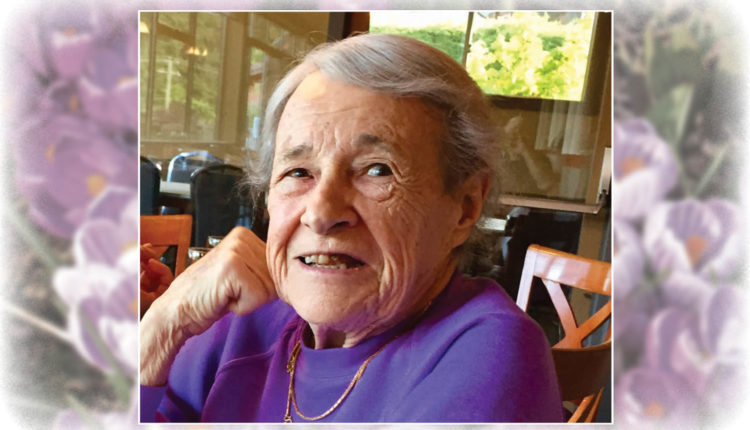 Joan passed away on March 6, 2018, at her summer home on Salt Spring Island, BC, with her family in attendance.

Joan was 99 years old and was born in New York City on August 8, 1918, in the Borough of Manhattan, on the upper west side.

Joan lived a long and interesting life, she was a remarkable woman.  When she was young she worked for Walt Disney Studios as an inker, and she was a natural artist.  She and her husband travelled all over the world, and made lifetime friends everywhere they went.  She was an avid photographer, gardener, reader, animal lover and wordsmith!

She will be missed dearly, as she played a very active role in her family’s lives.   She loved games, cards, puzzles and taught her grandchildren so many things about life and the world they live in.

Joan’s family would like to thank her friends and neighbors who were always available to help her, especially in her later years.  We would also like to thank Access Care Management and her caregivers who made it possible for her to stay in the home she loved on Salt Spring Island.  Thanks to Margo, Marnie, Lisa, Marianne, Jenny, Zosia & Deb.

There will be a service for Joan & Stanley in the near future at Forest Lawn Cemetery in Glendale, California.

Queen of Cumberland returns May 18