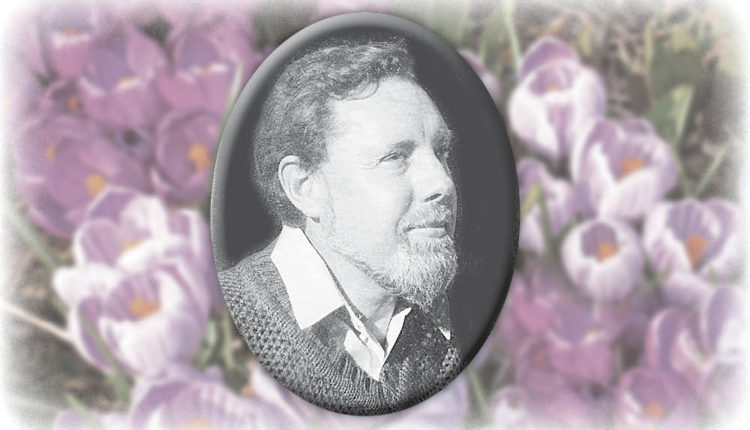 Rick passed away on August 1, 2017 in Victoria General Hospital after a fall in Braehaven caused by a massive stroke.

Someone comforted me by saying, “Rick came to this world on 1st August and left also on 1st August… how poetic !!!”

Rick came from two pioneering families of Australia (Zouch & Throsby). He had a blessed life being the only child born late in life  to  his parents. Rick  graduated  from St. Peter’s College in Adelaide, South Australia.

Since childhood Rick had always been intrigued by radio. In his youth he joined an amateur theatre group playing leading roles & always getting the girl in the end. (Born Yesterday). In  1956 Rick first started with commercial radio  in Adelaide (5dn & 5ka). Then he headed to the “old country” (England) as most Australians do, drawn to it like Mecca.

He first landed in Toronto, Canada where he worked with a commercial radio station for one and a half years. His journey was cut short by his mother’s illness. Unfortunately he didn’t get back to Adelaide before her passing.

After his return Rick joined abc am Station (Australian Broadcasting Station) in 1962, and transferred to the fm station when it was formed in 1975. Rick was a founding member of abc fm & worked as a producer & presenter until he retired due to health reasons.

We retired to Salt Spring in 1988. People told us Salt Spring is also known  as God’s waiting room. What a place to wait !!!

Rick presented both classical & middle of the road music. His Sunday morning program was called Listeners Choice (classical), straight down the middle & kaleidoscope programmes. He had many fans.

My favourite programme was the series he produced called Hollywood Musical History from 1920 to the present.

What impressed me the most was years ago one of his fans ordered his grandson to give Rick a call when the the grandson was  passing through Vancouver on his holiday. Unfortunately Rick was out walking  & the grandson left a message with me  for Rick.

I was to tell Rick that “his grandpa had taped every one of Rick’s  programmes of Kaleidoscope (all 7 years of it!) and had them donated to abc  radio station.

After 25 years working with Australian Broadcasting whenever people ask him what was his profession, he always said, “ Broadcaster.” Strangely a lot of people in this digital age didn’t understand the word and asked, “Broadcasting what?”

While on Salt Spring Rick & his buddy Richard Moses volunteered for the local fm station after a lot of hard work to get it started.   They took turns to present the classical music programmes until Rick had his first stroke. Though Rick was a quiet man after losing his voice (his alter ego), through the hugs & condolences I received  from people I know and from people I don’t know, I know from the bottom of my heart that he would be sadly missed.

No memorial service at his request.

Please donate to our one and only Lady Minto Hospital instead of flowers.