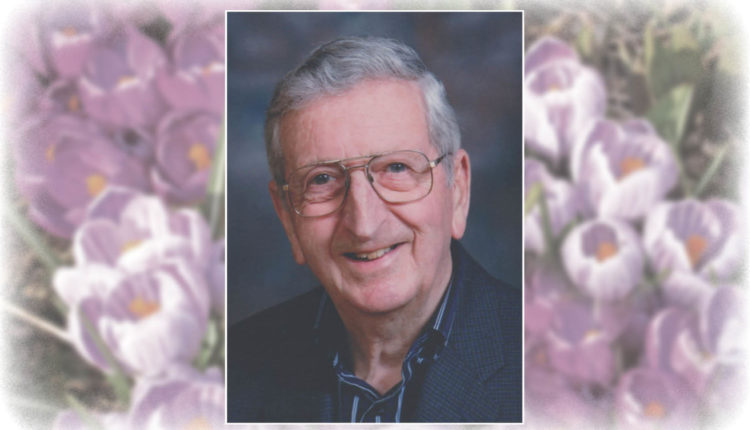 It is with great sadness that we announce the passing of our dear father, Donald Lynn Watt. Don was very recently pre-deceased by his wife of 69 years, Valerie Anne Watt (nee James). Born March 24, 1927 in Kelowna to Lynn and Winnifred Watt, Don spent his youth in Kelowna amongst many dear family members and great friends.

Don and Val were married on June 1, 1950. They started a family in Kelowna then later moving to Vancouver and finally Victoria to raise their children. Don was employed in the 60’s with Carnation in Vancouver and then with Switzers and Neptune Food distributors in Victoria during the 70’s and 80’s.

Don and Val greatly enjoyed boating in the Gulf Islands aboard their boats Maon and Duna where many great friendships were established. Together they were wonderful grandparents and later great-grandparents and very supportive of their adult children. Eventually, they moved to Salt Spring Island to enjoy the retirement years. Don continued with Power Squadron activities, ham radios, n-scale model trains, gardening, and became an avid reader. They immensely enjoyed road trips throughout BC and spending quiet days in Parksville. Don and Val shared everything together. They loved each other and their family very much.