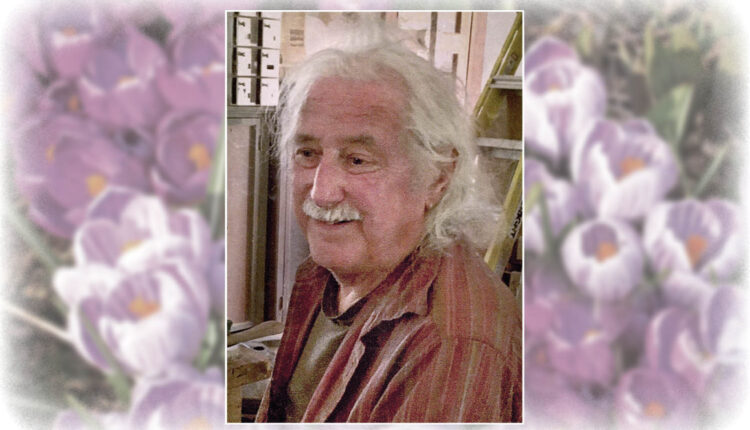 Roger was born in Epsom, Surrey, England, on the 16th of August 1941. He emigrated to Canada with his parents as a teenager and grew up in Ontario.

In 1984 he moved to Salt Spring Island, BC, where he established Chickadee Pine, a handmade furniture business. He participated in the restoration of Mahon Hall, belonged to the Folk Music Club, and was active in the arts community. He also began sculpting, seeing the forms of birds and animals in collected pieces of wood.

He retired on six forested acres at the south end of the island, where he lived his final fifteen years in a sprawling house that he built and filled with his handmade furniture and carvings.

Robert died on the 6th of March 2021 at Lady Minto Hospital on the island and will be missed by many, including two ex-wives, Maggie Warren in Ontario and Judi Underwood of Victoria, BC; his step daughter Cyndy Spiers of Newmarket, ON; his cousin Sue Rehill (husband Ken) of Parksville, BC, and their son Kevin Rehill of Pemberton, BC; and another second cousin Roland Bonser in Washington State, USA. And also, in particular, by his friend of 60 years, Jim Ready of Innesfil, ON, and last but not least, his faithful dog Buddy.