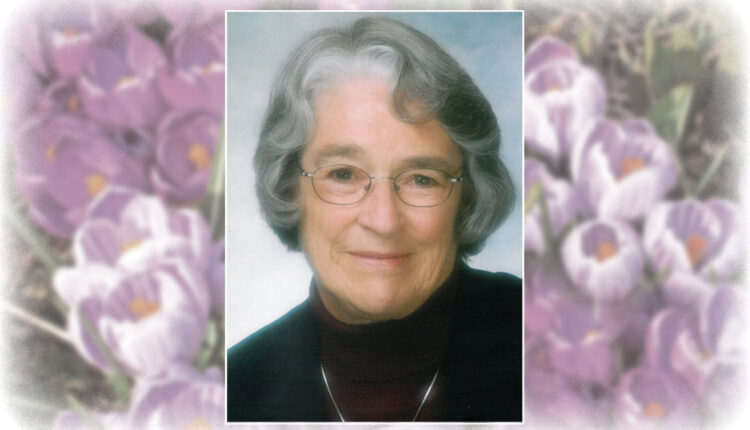 Phyllis was born in Victoria June 12, 1931. Phyllis grew up there and attended Oak Bay High from which she graduated in 1949 where she was on the girls’ basketball team and was Grade 12 Class Rep.

Phyllis attended Victoria College in 1950 before going into nursing training at the Vancouver General Hospital School of Nursing. Upon graduation, Phyllis returned home to work at Royal Jubilee Hospital from 1953 to 1955. During that time Phyllis met Jim Whittome of Duncan and they married in 1955. Phyllis relocated to Duncan, worked at the King’s Daughters Hospital in 1955-56 before transitioning to life as a wife and mother raising 4 children born between 1956 and 1965. Phyllis served as PTA president, Cowichan Music Festival volunteer, Cowichan Valley Athletic Club president and member of the Cowichan District Hospital Board, eventually becoming that Board’s first ever woman Chair and served 5 consecutive terms in that capacity. As Chair, Phyllis broke ground on the extended care facility known as Cairnsmore Place that stands there today. Phyllis’s volunteerism took her to the presidency of the British Columbia Health Association and British Columbia’s representative to the Canadian Hospital Association board by 1978. That year Phyllis was appointed by the Minister of Health as Vice Chair of the Advisory Committee on Medical Manpower. In 1982 Phyllis was appointed an Honourary Member of the BCHA and served as Chair of the Victoria General Hospital Foundation Board.

Phyllis and Jim’s marriage ended in the late ‘70s and in 1980 Phyllis married David Bolton and became a parent to 3 more young adults. In the 1980s, Phyllis, in addition to her volunteer work, added a professional career as a real estate agent and, in time, achieved broker status.

In the early ‘90s, Phyllis and David transitioned to Salt Spring Island. Phyllis remained active as a realtor with Creek House Realty (later Pemberton Holmes). By then, grandchildren populated Phyllis’s life and she reveled in joining the kids in exploring the rocky shoreline and tidepools below the house and feeding the wildlife that wandered onto the property. Phyllis was active in the Salt Spring community, as a member of the Greenwoods Board of Directors, the Artspring Board, the Southern Gulf Islands Community Health Advisory Committee to VIHA, and the Salt Spring Health Committee, and headed up Save Our Surgery (Lady Minto Hospital). Phyllis lost her beloved David in 2010 but continued to live life undeterred and enjoying a wide circle of close friends on Salt Spring, all of whom were very special to her. If you went into Ganges, she seemed to know everyone. Phyllis was a Raging Granny and was a member of the Salt Spring Sneakers Running Club where she was “Rookie of the Year” in 2014 and won numerous events in her age category. Phyllis finally retired from real estate but continued to keep active and was a dedicated supporter of nature, wildlife and environmental causes, among just a few. In the last year Phyllis finally and reluctantly said goodbye to Salt Spring and relocated to Duncan to be nearer to family.

Phyllis was a breast cancer survivor and as tough and resilient as any woman we could ever know. She was more than a wife, mother, sister, daughter, grandmother. Phyllis Gertrude Wakelyn lived a life of accomplishment and achievement few could match and her memory will be cherished forever.

Phyllis’s family would like to thank the staff at Cowichan Hospice House for their kind and compassionate care during Phyllis’s last days. Their caring was a comfort to us. Due to the pandemic, a celebration of Phyllis’s remarkable life will take place at a point in the future when it is safe to gather.