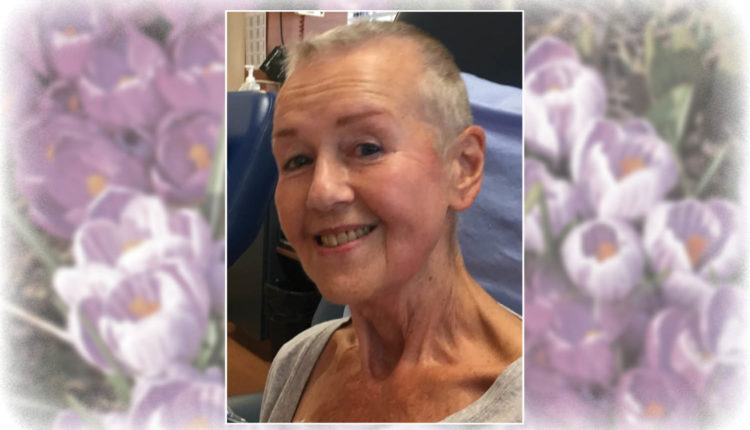 Ann was born December 2, 1943, in Utrecht, The Netherlands, and passed away peacefully on April 29, 2020, on Salt Spring Island after a determined and long fight for 10 years against her cancer. She kept up her 3 times a week workout which she had done for about 40 years, even during all her chemotherapy and other treatments as she considered the people there her support group.

After completing college she accepted a job as a dental assistant and thereafter worked sales in her mother’s store of books and magazines where she met, in 1960, her future husband Robert, who delivered the merchandise 3 times a week.  By coincidence, they met unexpectedly at a film theatre where their love for each other started to blossom well into the small hours of the night, against her mother’s instructions for an early homecoming. But the marriage happened much later, on August 3, 1967, due to the unacceptable “living together unmarried” mentality of the time. Subsequently, Ann worked in a large Dutch bank where she worked herself up to Supervisor of the Stock Trading Department, until she and Robert immigrated to Canada in 1974.

After a year of leisure, she was hired by the Jim Pattison Group of Companies in their (now long deserted) car dealership on Main Street in Vancouver and subsequently worked as a loan officer for Scotiabank while studying to get her realtor’s license. When she obtained this license she went at it with great guns and in a relatively short time became an MLS Realtor in the top 5 percent of the Vancouver Real Estate Board. This lasted till their move to Salt Spring Island where Ann started working as an insurance broker for Salt Spring insurance for 5 years. The company was bought 4 years later by Seafirst Insurance Brokers where she worked in the same capacity for a further 10 years until 2014. During this time Ann’s cancer was diagnosed, which eventually lead to her passing, in a very peaceful way.

Great thanks to the various doctors and specialists, in particular Drs. Kesh Smith, Dr. Ryan, and several other doctors. Also, many thanks to the devoted medical staff at Lady Minto Hospital.

No flowers please, but a donation to the Salt Spring SPCA is greatly appreciated.

A celebration of Ann’s life will be held at a later date. Condolences can be directed to Haywards Funeral Services website:  www.haywardsfuneral.com