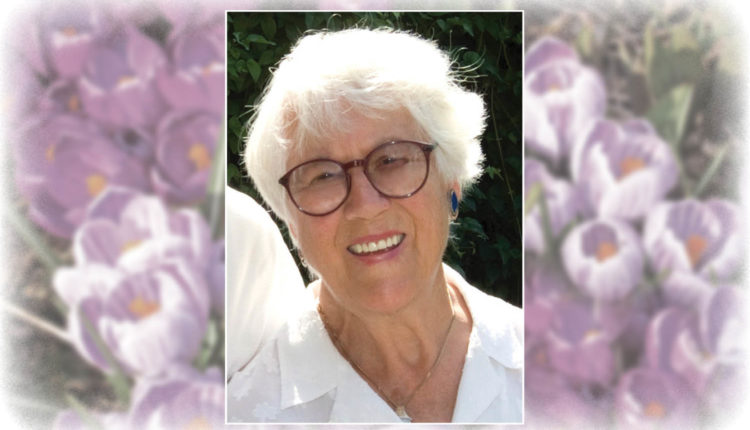 On Saturday morning, July 7th, our Mom slipped away gently and comfortably, surrounded by her loving children and the beautiful plants and flowers on her patio, with the sun shining down. It was exactly as she wanted.

Barbara lived a long, full and fortunate life. She was born in Prince George, October 5, 1923, the middle of seven children (Jack, Yvonne, Robert, Barbara, Jimmy, Muriel and David). Barbara was raised in Edson, Alberta and left to attend the University of Toronto, where she received her bachelor’s degree. During the war, she served four years as an Officer in the Royal Canadian Air Force. She then moved to Vancouver to complete her studies in Social Work at UBC, where she met Richard Toynbee.

Richard and Barbara were married in Vancouver September 10, 1948 and soon moved to Kemano and on to Terrace in northern BC. There, they began raising seven children of their own and enjoyed a wonderful life among many young families in the pioneering community.

In 1967, the family moved to Richard’s beloved Salt Spring Island, where they became shareholders of Mouat’s Trading Co., and Barbara assumed management of Mouat’s clothing department.

Barbara loved their busy life on Salt Spring, involved with Mouat’s, the vegetable garden, the School Board, boating, social events with dear friends and community members and opportunities for travel throughout the world — a passion for Barbara and Richard.

They were married for 63 years when Richard died in 2011. Barbara felt blessed with her life, her children: Frances, Nicola (Kevin), Richard (Deborah), Jane (Dave), Jessie, Katharine (Mark) and David (Chris), 20 grandchildren and 7 great-grandchildren, for whom she served as an example of strength of conviction, devoted care, humour, courage and dignity. She dearly loved all her family.

Thank you to Tracy Stibbards for her loving care of our Mom and to the doctors who professionally and respectfully supported Mom’s wishes.

A Celebration of Life to take place in the fall.