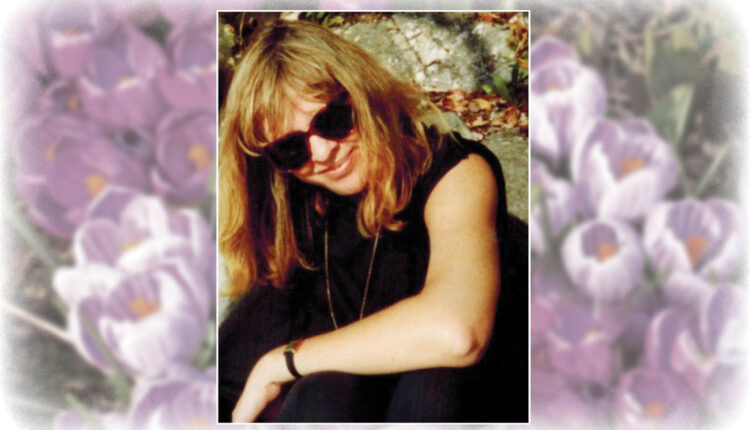 With great sadness the family of Brenda Thomas, of Salt Spring Island, announces her recent passing. Brenda was born in Colombia, South America on February 3, 1949. Her parents moved back to Canada in 1951 with Brenda in tow, speaking mostly Spanish at the time.

She carried the name “Chica” into her early adulthood. We cannot say for sure how she eventually dropped that moniker, but it may have had something to do with the passing of her father in 1973.

In the late 1960’s she was briefly married and moved to Vancouver where she harboured many draft dodgers. She enjoyed a long career as a para-legal until moving to Salt Spring in the 1990’s. During her Vancouver years Brenda took time to visit many far off destinations, travelling throughout Europe, then trips to India, Malaysia, Indonesia, Burma, Morocco, South America and more.

Upon her arrival on Salt Spring she owned and operated the Vesuvius Store for several years, before selling it in 2006. The long hours at the store had a dampening effect on her world travels but Brenda had developed a love for Airedale Terriers and had one constantly at her side for several decades. She was a voracious reader and more-so, a researcher of current world and political events. This despite the protests of her brother who advised against watching the news for more than 10 minutes a day. She bestowed many a scolding on him with her impressive vocabulary for his contrary advice.

Brenda campaigned a brave and determined fight against cancer for over 4 years with a large degree of success, but passed quietly and rather unexpectedly in her sleep on April 26. Although she was not planning on leaving us just yet, as evidenced by the purchase of paint for her house the day before, she spoke of her preference for such a passing over a drawn out decline with cancer. We take some comfort in that. She leaves behind “Roxy the Dog” to mourn with her brother Wayne Thomas, sister in-law Louise, niece Emily and nephew Matthew. Her many friends on Salt Spring are also missing her. She was pre-deceased by her parents Brenda and Cy Thomas.

Considerations are underway for a gathering to remember her life and personality in the upcoming days, which we hope can take place when Covid 19 concerns have decreased somewhat. Announcements to come at a later date in that regard.