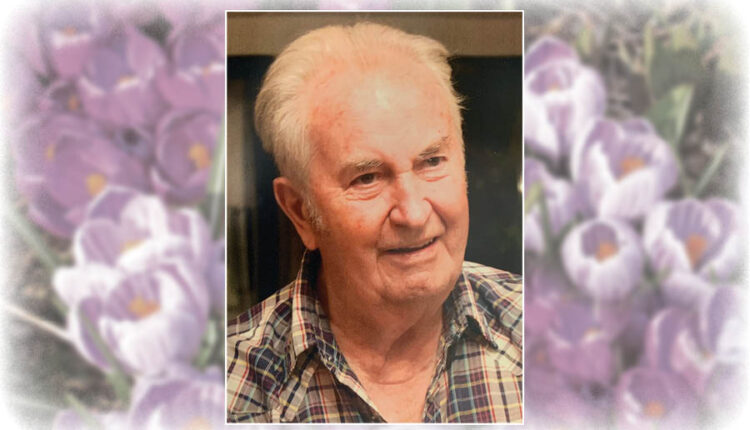 Wilfrid Bertram Taylor of Salt Spring Island passed away peacefully April 6 in the Greenwoods Eldercare facility after a long struggle with Parkinson’s disease. A long-term Salt Spring resident, Wilf was well known for his successful construction business, warm friendly nature, and his love for family, farming, vehicles, sailing and animals. Born in Vancouver, Wilf grew up in White Rock, BC and attended Semiahmoo High School. Following his parents, he moved to Salt Spring Island and apprenticed as an automobile mechanic, operating service stations in Crofton, and later in Victoria. It was there he met Jean Smith, his wife-to-be, when she brought in her family car for maintenance. Wilf and Jean lived briefly in Victoria before purchasing what is now Maple Terrace Farm in 1963.

In the meantime their daughter Marilee was born in 1962. Working for the BC Highways department and building on his experience as a mechanic, Wilf quickly became adept with using large vehicles, including concrete trucks, loaders, bulldozers, etc., and transferred this expertise to farming and logging on the farm, even designing and building his own sawmill. (Wilf continued to work the farm until two years ago, when he moved to Greenwoods.)

Changing careers again, in the early 1970’s Wilf and his friend Ben Greenough formed Greenlor Construction, where they worked together building and renovating Salt Spring homes for more than 40 years. Wilf’s construction skills soon proved a godsend: the farmhouse burned to the ground in 1975 but, not skipping a beat, Wilf quickly built the beautiful house on the hill he and Jean have called home for 46 years – the fire was arguably a blessing in disguise!

About this time Wilf and Jean took up sailing, and enjoyed many summer retreats wandering the waterways of the Inside Passage, often meeting up in sheltered coves with close friends. They also traveled broadly and often: Scotland, the English Lake District, Europe, the US, Hawaii, Alaska, and all over Canada. In 1990, the first of four grandchildren arrived, and as the years went by, much to Wilf’s delight the farm became their playgrounds: apple picking, Easter egg hunts, backhoe and tractor rides, Christmas tree hunting, haying, and the animals.

Wilf was a longtime member of the Farmers’ Institute, Salt Spring Island Sailing Club, and was awarded an honorary lifetime membership of Admiral Lodge 170. He will always be remembered for his loyalty, devotion and generosity to those he loved, and the warmth and kindness he bestowed upon family, friends and animals.

The family wishes to thank all the outstanding Greenwoods staff for their warm, compassionate and expert care over the past two years.