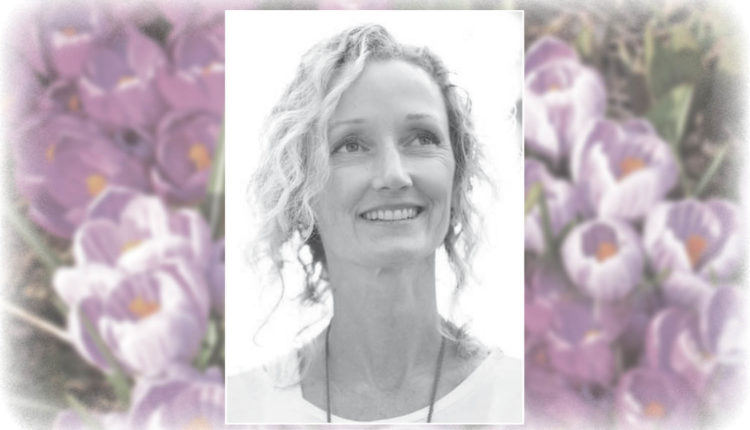 It is with great sadness that we inform you of the passing of Dominica Sweet (Konken). For many years she journeyed courageously and gracefully with Hodgkin’s Lymphoma. She was a source of light, joy and compassion, and lived her life fully until her passing on January 30th, with her family at her side.

Dom’s career began in ’94 after attaining her B.Sc at UVIC and RT certification at SAIT. Her entire career as a Respiratory Therapist was spent at the Royal Jubilee and Vic General Hospitals, until illness forced her to focus her energy on health.

Dom first met her soul-mate Derek Sweet in 1995 and they were married a year later in Victoria where they resided for a number of years before choosing to move to Saltspring Island. There Dom embraced the community and it embraced her, with open arms. Not long after, in 2000, Dom’s and Derek’s first son Jackson was born, followed by Harrison, two years later. Her two sons were always at the centre of Dom’s heart; she often volunteered to help in school events and fundraisers, and could always be found in the bleachers at any of their sporting endeavors. Dom’s other passion was fitness and seeking natural alternatives in health as well as encouraging others on their own journeys. As a result, she founded Dom’s Deodorant, which became a way for her to help others attain their natural health goals. There are so many fond memories of various celebrations, parties and gatherings with friends, family and co-workers during their many years together, memories that will always be cherished.

A graveside memorial service will be held at Sion Cemetery in Grand Forks, BC on February 29 at 12:00, followed by a luncheon at the Grand Forks USCC Community Centre. A celebration of life will be held on Saltspring Island, BC at the Community Gospel Church on March 7 at 14:00.
Sincere appreciation to all those who have relayed kindness and support in so many ways.

In lieu of flowers, donations in Dom’s memory may be made to Hodgkins Lymphoma Society of Canada at www.lymphoma.ca/lymphoma/hodgkin-lymphoma .

Condolences may be offered to the family at www.mccallgardens.com .