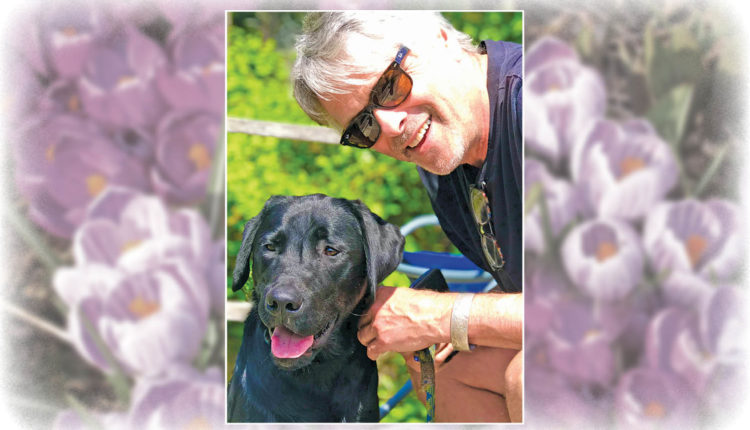 Matt died suddenly in his prized gallery, Steffich Fine Art (Salt Spring Island), which he proudly grew over the period of 27 years. Born in East Vancouver, Matt had a spirited and textured childhood with his siblings and many friends. He had endless stories of his adventures around his neighbourhood, the PNE, hockey games and countless concerts and gigs.

After being excommunicated from Catholic school, which he often bragged about, Matt continued his growth as a world-class guitar player. He would tell anyone who would listen about his 9 years with The Fins. The stories were wild, hilarious and not for the faint of heart. Matt continued to gig whenever he had the chance, and played guitar to his final day.

In 1992, Matt and his then wife Jen Rosling moved to Salt Spring Island and started his lifelong passion, Thunderbird Gallery (now Steffich Fine Art). Matt proudly and falsely claimed to know nothing about art. His magnetic personality and passion for art was instrumental in the gallery’s success. The gallery soon became a hub for the community where people from all walks of life would visit. Matt had a passion for his community and would take up a cause that anyone presented to him, as long as he agreed with it. His presence and service to Salt Spring will never be replaced.

Matt was a dedicated and true friend to countless people in Vancouver, on Salt Spring and indeed around the world. If you were his friend, he was your champion. If you were upset, he would dispense comforting advice. If you were sad, he would make you laugh. If you had a problem, he would have several solutions. Solicited or not, Matt would give his advice. He was proud of his friends. His endless stories of them illustrated his pride and love for each and every one of them.

Above all, Matt was a family man. He loved his parents dearly and was as close as anyone could be to their siblings. For him, they were the perfect characters in an endlessly entertaining play. He loved them with all his heart. Matt adored his wife Chris, who he met in the late ‘90s while they both worked at the Vesuvius Inn. They shared a love of humour, hockey, good wine and travel. They shared a love for each other. Above all, Matt cherished being a father. He approached his role as a dad with equal measures of seriousness and humour. He burst with pride while talking about both his sons, Austin, 26 years old (Jen Rosling), and Dakota, 14 years old (Chris Steffich). They were his pillars of strength. He loved them with every ounce of his being and was determined to see that they became individuals as upstanding as himself. He succeeded.

Matt is predeceased by his loving parents Raymond and Margaret Steffich. He’s moved on ahead of: His wife Christine Steffich and their son Dakota; son Austin Steffich-Rosling (mother Jen Rosling); siblings Mike, Mark (Phyllis), Kathy and Steve (Tammy). Also left behind are countless nieces, nephews, grandnieces and grandnephews. You get the idea. Matt is also getting his interdimensional fly-crib ready for an endless parade of friends from Vancouver, Salt Spring and all parts unknown.

Matt, if you’re reading this, they are tired of jamming with you.

Finally, for you all, Matt’s favourite piece of advice: Carpe the F*&king Diem.