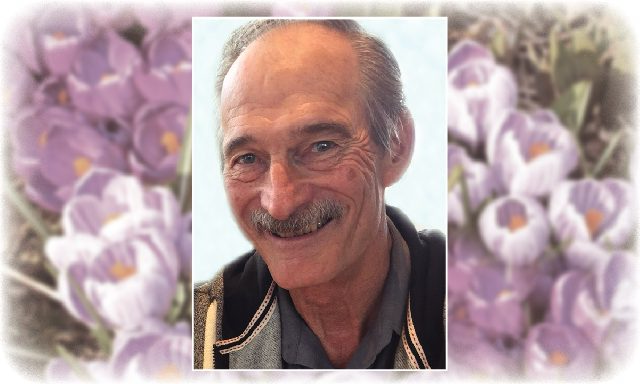 Doug received his boarding pass for his final flight home to take his place as the brightest star in the night sky. Doug’s, passing has left a gap that only memories can fill and he will be forever missed by his wife and best friend, Judy of 38 years; his daughters will always treasure their memories with their Dad, Corlyn (Carey) Decerni and Cheryl Spencer; their mother Jean Spencer; step-daughter Sherry (Shelldon) Anderson; grandchildren Marco & Carlo, Victoria & Genevieve were so special to him and he loved every minute he had to spend with them. Doug will be missed by his brothers and sisters Cal (Carol) Spencer, Ron Spencer (Sue), Julie Matthews and Sandra (Alex) DeBoeck; Sister and brothers in law Diane (Herb) Neuls, Barry (Mary) Russell, Garry Russell, Ross Russell. Doug will also be remembered by many special nieces and nephews. They always chuckle when they talk about how much he could eat and then go outside and run and play with them for hours. He always had encouraging and positive words for them and wasn’t afraid to say “I love you” accompanied by a big hug! His pride in his native heritage was profound and he loved sharing stories of his memories of the family living on a houseboat, fishing and logging before they moved to Saskatchewan when he was very young. He loved the prairies and never wanted to move back to B.C. He was a walking commercial with so many experiences from his trucking days and he was always encouraging people to travel Saskatchewan from North to South to see how beautiful and diverse it is. Next to family and friends, Doug’s value and joy was his career at Credit Union Central. He went to work every day with the attitude that he would make someone’s day better! His smile was contagious and he always had an encouraging word for everyone he met. He loved the cottage, fishing, golfing, old cars and going out in the boat. He was a very loyal friend and was always willing to help anyone in need whether it was friends, family, neighbors or total strangers.
When Doug’s life was altered with a stroke and later a diagnosis of cancer, he was extremely positive that he would overcome this challenge as he had overcome many others in his life. He faced each day with gratitude, faith and courage. We would like to thank Dr. Kazmi, Dr. Kahn, the Palliative Care Doctors and Nurses that were involved in this journey. A special thank you to all our friends and neighbors for their kindness and support. Thank you to Wade Bender for all your funny little texts to Doug and all the silly, off the wall projects you guys planned over coffee at the mall, and to Bev Bender for you thoughtfulness and encouragement.
As Doug wished there will be no formal funeral. In lieu of flowers, donations can be made to the Carmichael Outreach Inc. 1925 Osler Street, Regina, SK S4P 1W3, STARS Ambulance, 141 Aviation Park NE, Box 570, Calgary, AB T2E 8M7 or to the Palliative Care, 3rd floor, 4101 Dewdney Avenue, Regina, SK.
Family and friends are invited to sign the online obituary and tributes page at www.reginafuneralhome.ca. Arrangements entrusted to Regina Funeral Home and Cemetery (306) 789-8850.