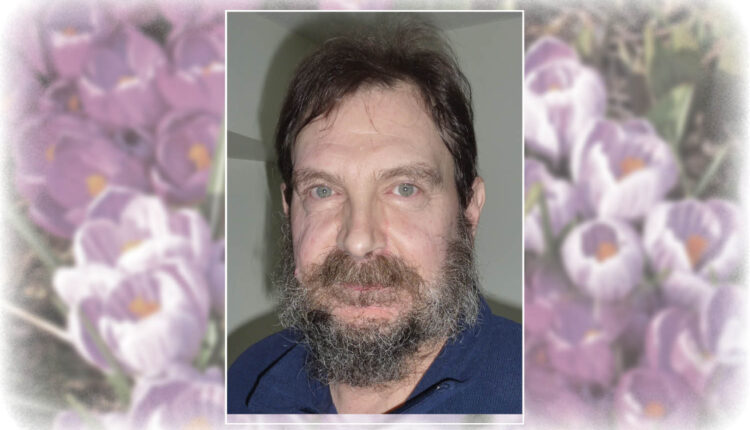 With sadness we announce the death of Douglas Smith (70 years) on April 8, 2022 at Lady Minto Hospital on Salt Spring Island. He died of complications from Covid, contracted at his Greenwoods Eldercare home where he has resided since 2010.

Doug is predeceased by his mother and father, Helen and Alex Smith of Galiano. He leaves behind his sister Anne Marshall (Salt Spring Island), brother Alex (Bundaberg, Australia), and brother Randy (Vancouver).

Doug was born in Vancouver, where he attended Kerrisdale Elementary and Prince of Wales Secondary Schools. After graduating from High School and a welding course at Malaspina, Doug spent a brief stint in the North. He then returned to Galiano Island where he lived in a cottage at his parents’ home. There he worked for twenty-five years as a custodian at Galiano School.

Doug was a gentle soul who loved solitude. He chose to work at the school at night when it was quiet. A shy man, he was more comfortable with animals than with most people.

He cared for his mother (who was blind) and father (who had Alzheimer’s and Parkinson’s diseases) at home until they passed away.

Doug never married and never had children, however time spent on the water with his five nieces and nephews instilled in them a lifelong love for fishing and the sea. Unfortunately, his youngest nephew never had the opportunity to know Uncle Doug.

The family would like to extend their gratitude to the staff at Greenwoods for the kind, understanding care shown to Doug over the thirteen years he lived there.

Also a huge thanks to the doctors and nurses at Lady Minto Hospital for the extraordinary compassion offered to Doug and his family in his final days.

There will be no service. The family will gather on Galiano next month to remember Doug and to scatter his ashes near his Mom and Dad at the home they all loved.