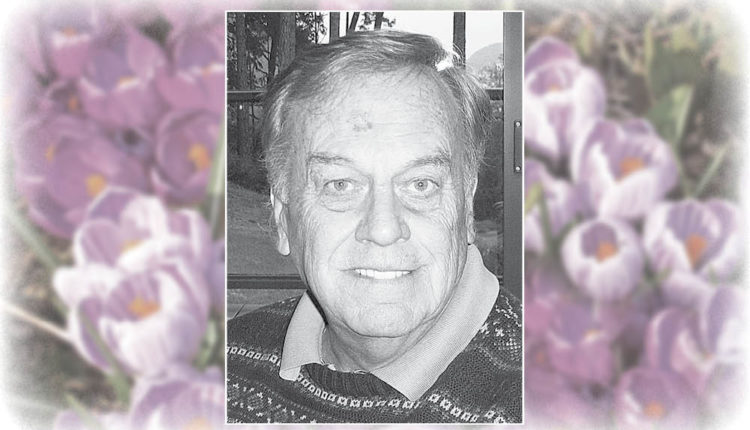 He reached out to them all in the last few weeks of his life and felt the love all around him.

He was a highly intelligent man, with wide ranging interests, combined with a great passion and curiosity for life.
Gerald graduated from Medical School at University College London in 1955. He took his surgical training at the Mayo Clinic in Rochester Minnesota and emigrated to Canada in 1964. He worked at the Foothills Hospital in Calgary (1966-1973). Charles Camsell Hospital, Edmonton (1973-1989). Lady Minto Hospital Salt Spring Island (1989-1995).

Gerald was an accomplished surgeon and research scientist, and served as the Director of the Surgical Medical Research Institute of the University of Alberta from 1978-1988. In 1989, he left academic life and was the local surgeon on Saltspring island until 1995. At this point he was able to devote time to his other passions of woodworking, landscape painting and gardening.

He passed away peacefully in the home that he loved, looking out over the Sansum Narrows. He will be deeply missed  by his family and friends.

Our sincere thanks to Dr. Beaver for his sensitive care and compassion. We also thank Maureen, Karen and the home care team for their care and support in the final weeks of Gerald’s life.

Online condolences to be made at www.haywardsfuneral.com