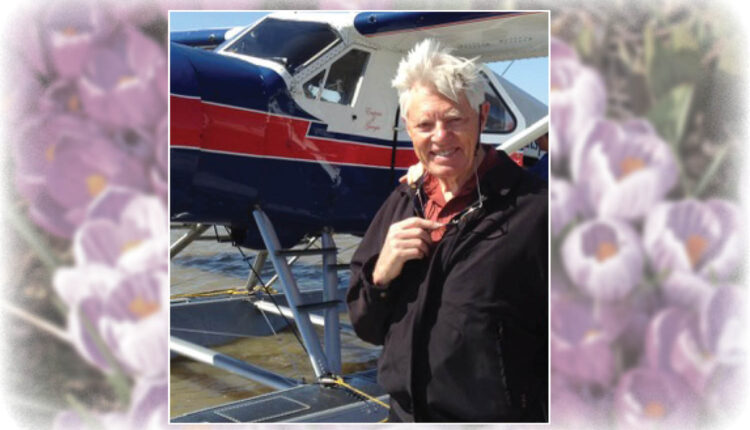 Born in Belfast on the 18th of May, 1932, Samuel Oliver “Denis” was born to Samuel and Amy Russell. With brothers Frank and Victor, he was raised in Dungannon, where he excelled at academics, football, and rugby at the Royal School Dungannon.

It was at Queen’s University Belfast where he met Deirdre O’Connor, the first love of his life. Their sense of adventure and opportunity took them from the Emerald Isle to the soggy coast of Vancouver, where they raised their boys, Michael, James, and Terry. Denis’ interest in hydroelectric power projects took him to various locations throughout the province to work, including the Mica and Arrow Lakes Dams. His successes led to a position at the University of British Columbia in 1968 and a prestigious 25-year career. Professor Russell trained a generation of engineers and was highly respected and regarded by those he worked with and taught.

Deirdre passed away following a tragic car accident in the UK in 1987. Denis found incredible support in the church community at West Point Grey United during this difficult time. It was here that Denis met Susan and they eventually married.

Upon retirement from UBC, Denis and Susan, escaped Vancouver and found their Shangri-La on Salt Spring Island, where it was a “rough” life of living on the ocean and having frequent afternoon visits with friends and family.

Life on Salt Spring was fulfilling and he seamlessly integrated into the community in every way possible. Recreational activities included golf, tennis, and swimming at Vesuvius beach. Whether on the links or on the tennis court, his athleticism and charm made him the perfect sportsman. Denis loved music. He was a skilled pianist, talented guitarist and he spent many years singing with the United Church choir and Salt Spring Singers. Other favourite activities included the Eggheads Club and a lengthy tenure on the SSI Water Board.

Denis was a gentleman whose compassion, patience and intelligence made him the ideal father, partner and dinner party guest. When speaking with him, you knew that he was genuinely interested in the conversation and was always learning from everyone he met.

A service of remembrance will be held at the Salt Spring Island United Church, Ganges, Friday July 8th, 2022 at 2:00pm.