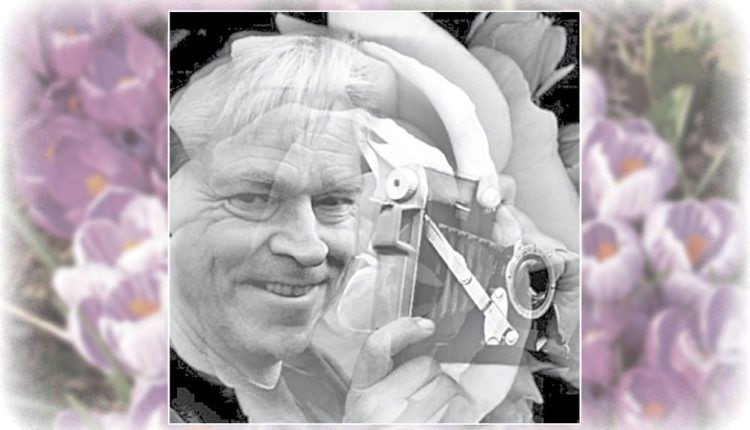 It is with a sad heart that I announce that my good friend Robert “Bob” Norman Rogers, lost his battle with cancer at the age of 68 on July 4th 2017. He started his next great adventure peacefully surrounded with friends.

Bob was born in Prince George, BC on June 18, 1949 to Andrea and Norman Rogers. An only child, he is survived by his mother Andrea Rogers formerly of Merritt BC now of Kamloops BC.

A long time Salt Spring resident, a friend to many, a member of Toastmasters, an active member of the Salt Spring Gallery of Fine Art and a founding member and the first President of the SaltSpring Photography Club, Bob always had a camera in hand and documented the world as he saw it, “one image at a time”.

In his early life he lived and worked in the Netherlands for IBM and Philips as a coder but with camera close at hand of course. Returning to BC, he turned his creative hand to fine furniture building. This three dimensional talent served him well in his many years at ArtSpring where his creative eye hung and lit shows, set stages and kept the building warm and welcoming.

There will be a Celebration of Bob’s Life on Sunday, August 13th from 1 to 3 pm hosted by the Photography Club at 200 Bay Ridge Place (south Salt Spring near Ruckle Park).

I invite all of his Friends and Family to join us in celebrating his life and sharing stories of him.