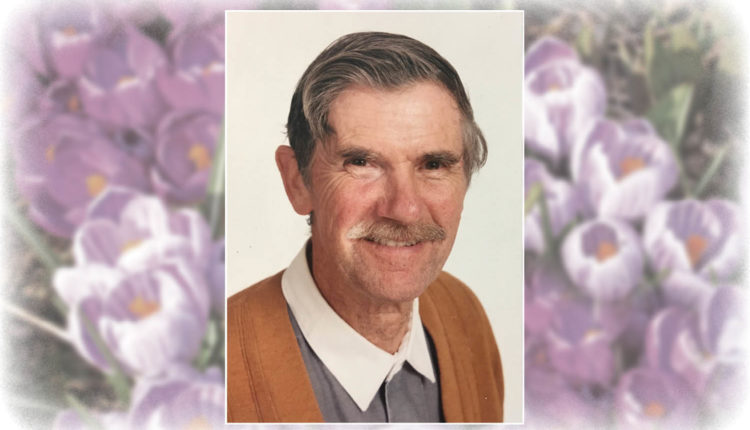 Jack was born on Salt Spring Island, in the old Lady Minto Hospital on the hill, second son to John D. and Helen Reid. He completed grades 1-12 in the Salt Spring Island Consolidated School. The beginning of his working life was spent trying various venues; the BC Forestry in Duncan BC, the Victoria Box Company and as a bank teller in Winnipeg and Invermere. Then for thirty plus years until early retirement he was a business machine and typewriter mechanic in the Lower Mainland with Underwood/Olivetti. He enjoyed several trips to Scotland and Orkney Islands exploring his family roots. He also accompanied his wife on teacher exchanges in England and Australia (1 year in Tasmania, one in western Australia).

He, his wife Alfreda and son John lived over thirty years in the Mt. Pleasant area of Vancouver East before moving to Sidney, BC in 2012.
Jack is survived by his wife of 51 years, Alfreda, his son John (Brenda), granddaughter Gabrielle; his older brother Thomas (Joyce), brother Robert/Robin (Margaret), his sister Margaret/Margie (Greg) Roberts, cousin Stuart (Iris) Reid and numerous nephews and nieces.

Jack passed away peacefully at Rest Haven Lodge, Sidney, with his family by his bedside.

A family celebration of life will be held on Salt Spring Island at a later date.