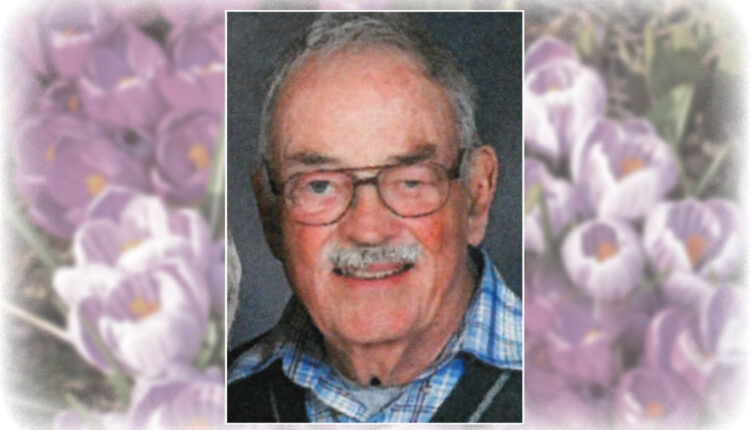 Brian was born in Toronto and moved to North Vancouver when he was 2.

He received his Bachelor of Science in Agriculture degree at UBC and worked for The Range Management Branch of the BC Forest Service in Kamloops and Prince George. On retirement in 1987 he and Marjorie moved to Salt Spring.

His second love after his family was his BMW motorcycle on which he and Marjorie rode to Newfoundland, Mexico, Alaska and many points in between for over 800,000 km.

He was a member of the Salt Spring Trail & Nature club and spent many hours hiking with the club, clearing, building and marking trails especially on Mt. Maxwell. (Brian trail #11)

He was a member of the Anglican Church and served on various committees over the years.

He was an avid reader and was devastated when the stroke he suffered 3 years ago caused him to be blind and ultimately unable to walk.

Many thanks to Dr. Gummeson for his kindness and caring.

Brian came to reside at Greenwoods Eldercare, even though it broke our hearts to be unable to look after his needs at home, Greenwoods became a part of our family, the management, care aids, nurses, and fellow residents made what could have been a very miserable proposition, instead something quite rich, and meaningful for all of us. They took us in to their fold from the very start, and they stayed at our sides, right up until the final moment. Too much to list in regards to the beautiful people who played a part during this final chapter.

Memorial service will be held at All Saints by-the-Sea Anglican Church Saturday, November 27 at 2:30 PM for double vaccinated people with masks.

In lieu of flowers donations can be made to Greenwood’s Eldercare Society, Lady Minto Hospital or MS Society of BC.