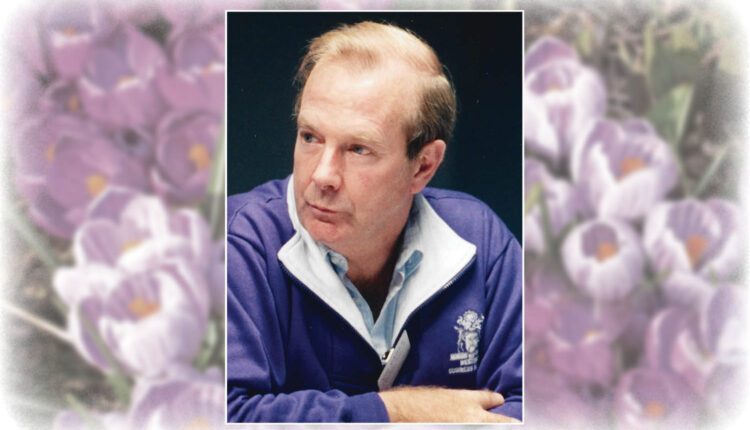 Vic’s family immigrated to Canada in 1958, making Etobicoke home. Vic married his love Uta in 1963 before graduating from the Ontario Veterinary College with a doctor of Veterinary Medicine degree in 1964. He began his veterinary career in Seaforth and later in Streetsville.

He was passionate about animal health and he soon left private practice to become one of the first industrial veterinarians in Canada. He felt he could contribute more to animal health through industry. He went on to complete his MBA at McMaster University. Vic held managerial positions at companies including Canada Packers, MTC Pharmaceuticals, and Ciba Geigy, with his career culminating in 1997 after joining Novartis Animal Health Canada. In 1998, Vic became President of Novartis Animal Health Canada. In 2004, he took his expertise to the US becoming the Head of Human Resources, Novartis Animal Health in Greensboro, North Carolina.

His passion about animal health and wellness and his belief in giving back to the veterinary profession, led him to spearhead donations to OVC from the animal health industry and the Parks family. In 2006, Vic retired from Novartis and he and Uta moved to their beloved mountainside property on Salt Spring Island, BC.

He loved agriculture and volunteered at 4H Calf Club and Pony Club events, as well as sitting on local fair boards. Vic had always been involved with horses – training steeplechase horses, raising foals, and encouraging his daughters with their riding. His interest in cattle genetics led to Tara registered Limousin cattle, a breeding operation at Tara Hall Farm. His love of cattle (and of course beef steaks – a good prime rib never went astray) led him to become president of the Ontario Limousin Association. Much to his chagrin, each monthly meeting started with a KFC feast and he had to learn to eat with his fingers (where’s the beef?) He enjoyed gardening, especially growing vegetables and fruit. Unfortunately, for Uta (the canning and freezing department) he was much too successful!

Vic was famous for his humorous “one liners” and loved a good party. He took top honors in the Limbo, taunting partygoers and family alike with “how low can you go”. He loved singing Harry Belafonte like the “Banana Boat Song’’ to his children and Johnny Cash “I Walk the Line” to his wife. He loved his family deeply. He was involved in their hobbies and activities including numerous horse and cattle shows, dance recitals, band concerts, soccer games, and skiing. He was always available to help or to counsel his children and grandchildren.

His love of chess, bridge and all things financial kept him vibrant throughout his years. There wasn’t a problem he could not solve. He never took NO for an answer. His determination drove him to give his best at everything. If it made sense to Vic, he would wholeheartedly embrace it with courage, intelligence and passion.

The family gratefully thanks Dr. Brault, Dr. Gower, and the kind and caring staff at Mapleton unit, Riverside Glen in Guelph.

Vic lived a full life and is deeply missed. In his memory he would like donations to be made to the Dr. Victor Parks Memorial Fund, Groves Memorial Community Hospital (gmch.ca) in Fergus, Ontario.