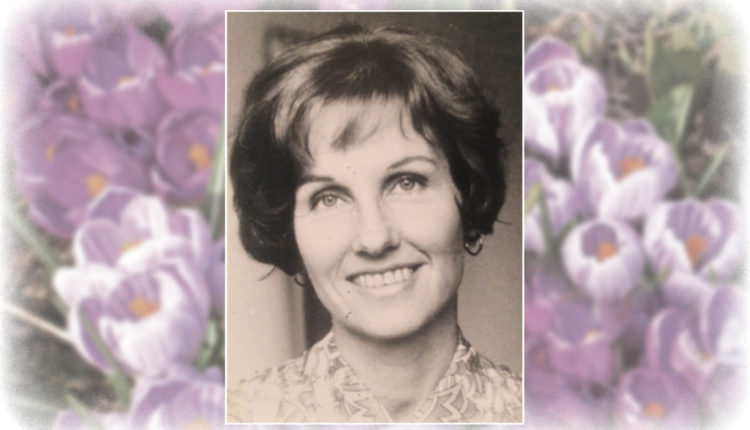 Harice, the eldest child of Harold and Bernice (Clapp) Knapman, grew up in Picton, Ontario, and enjoyed a life-long tie to Stoney Lake, Ontario.

After completing her RN in Kingston, she adventurously moved as a newlywed to start her family in exotic Barrancabermeja, Columbia. The family returned to Canada in the mid-1950’s, and lived in Winnipeg, Toronto and Montreal. While raising three children, she graduated with a BA Honour’s English from Sir George Williams University, and taught underprivileged children, particularly in Pt. St. Charles.

Heeding the siren song of the West Coast, in 1972 she migrated to Sidney, BC, and was appointed a teacher and librarian at Parklands High School.

She found her dream home on Saltspring Island in 1979, and, once retired, joyously gardened, walked, played bridge, sang with the Raging Grannies and supported the NDP.  In 2009, she returned to Sidney, where she lived independently in her condo until her death.

A highly-read intellectual, her extensive library, music collection and numerous subscriptions kept her occupied, along with her patio garden and cat, until health issues confined her to her chair. Even so, she was always up on current events and ready for rousing discussions.

Many thanks to the team whose care allowed her to remain peacefully at home: Doug and Frances Hudson, Dr. Johnson (GP), Angela Lucas and staff (RN, VIHA) and Dr. Trouton (West Coast Assisted Dying).