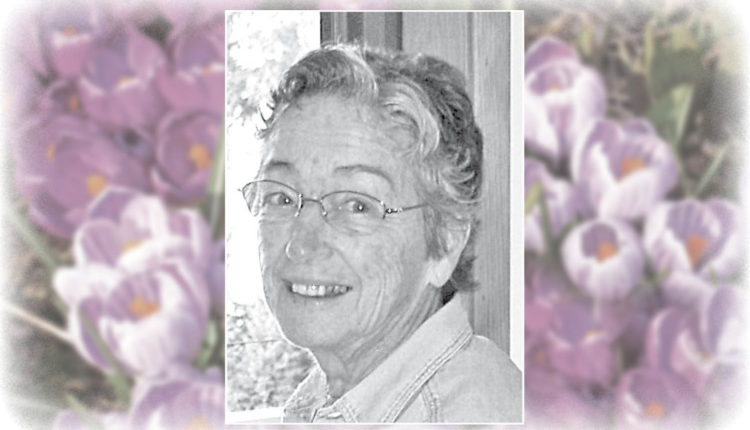 It is with profound sadness that the family announces the passing of Ruth Frances Pankhurst. She passed away peacefully with her husband John at her bedside in her beloved home on Salt Spring Island, British Columbia. Ruth was predeceased by her parents, Jessie and Robert Donald, sister Joan Simons, cousin Huey Walker, and best friend Betty Stucker.

Ruth was born in Point-Claire, Quebec and after graduating from the Montreal High School for Girls she went on to complete her nurses training at the Montreal General School of Nursing in 1953. In her early years Ruth had a gift for music and she often shared her musical talents when she performed as a soloist. In 1956 Ruth married the love of her life, John Pankhurst and they shared an amazing life together for over 62 years.

Ruth soon decided that medicine was her true calling and enrolled at McGill University, graduating with her Bachelor of Science in 1957 and with her MDCM in 1960. Ruth and John moved to Edmonton, Alberta in 1960 where Ruth interned at the University of Alberta Hospital and in 1961 began private practice in Edmonton where she worked for 37 years until her retirement in 1998.

Soon after moving to Edmonton Ruth and John began their family, and by 1966 they were raising four boys under the age of six years. While the boys were young many hours were spent at the family farm and multiple family trips to various countries. They were always active with down hill and back country skiing, hiking, and scuba diving. Ruth equally loved the theatre and opera, and she was a voracious reader and a phenomenal cook. Ruth passed her love of cooking onto all of her children. In 1998 she and John moved to Salt Spring Island, BC where Ruth and John found their joint passion in sailing in their sailboat, “Primetime”.

The family thank all of those who helped and supported her during her illness: Dr. Robert Crichton, the Home Care Nursing staff, the Beacon Community Services staff and her many friends.

Ruth will be forever in our hearts and memories until we meet again. As per her wishes, a formal service will not be held. A private family celebration will be held at a future time. Flowers are graciously declined by the family. Anyone wishing to make a donation can do so to Lady Minto Hospital Foundation, or any charity of their choice.
=<