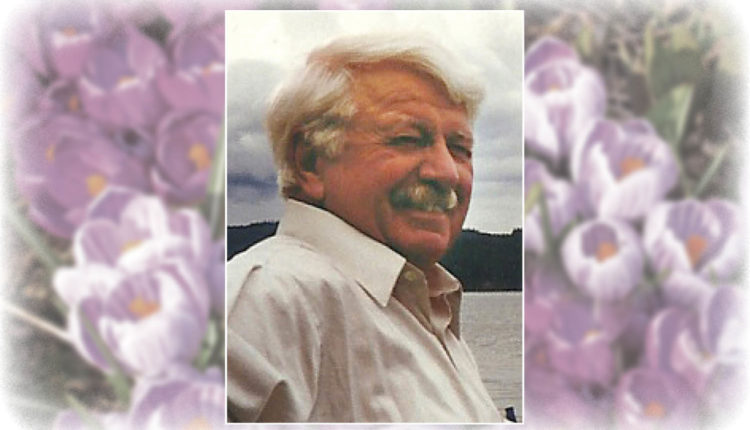 Gunter immigrated to Canada from Germany during the 1950’s, determined to find work as a bricklayer. Canadian sponsors helped him with food and lodging and during this time, he met Rosemarie while working on farms in the Spruce Grove area of Alberta. Gunter would marry Rosemarie in 1957. As he met people and worked as a bricklayer, Gunter gained command of the English language, while also staying close to his European roots by discovering the German community in Edmonton and area. Remaining steadfast in the quest for self employment, Dad initially took on work sub-contracting by night for other companies and during the day, quoting and building for his own customers on their dreams of brick and mortar.

Dad liked to create artwork. His medium was mortar, bricks and blocks. As a self-employed mason, travel was essential. Gunter designed many fireplaces, walls, buildings and custom creations throughout Alberta and British Columbia, going as far as Ontario to make ends meet during the tough times in the 1980’s.

Later on in life, Gunter would channel his creativity into the model railroad he so loved as a child, fabricating dioramas and sets for entertainment.

Gunter enjoyed talking with people. During his retirement years, Dad could regularly be found having lunch at the seniors centre, or coffee “und Kuchen” with his friends and acquaintances.

Gunter is survived by wife Rosemarie of Salt Spring Island B.C, daughter Connie (Stephen) Wiwchar, grandchildren Olivia, Jacob and Nicholas Wiwchar, all of Alberta. He is survived by daughter-in-law Heather Palberg of B.C. Gunter was predeceased by son George.

Cremation has taken place. As per Dad’s request, there will be no service. In lieu of flowers please consider donations to The Alzheimer Society for his beloved Rosemarie or the Heart & Stroke Foundation for his son George, who was taken from him too soon.

Condolences may be left at www.haywardsfuneral.com