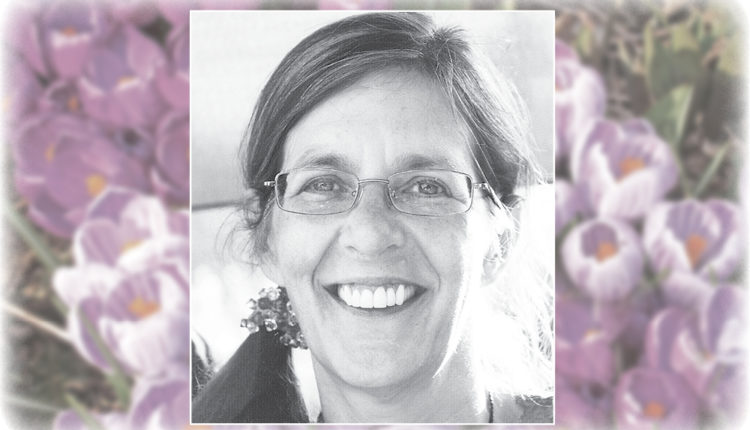 Born in Vancouver and raised in London UK, the only child of Raissa (photographer/activist) and Robin(visual/performance artist), Rachel returned to Canada in her late teens.

Rachel lived an artist’s life through and through. Though known and celebrated primarily as a singer/songwriter, she listened for her muse in music production, photography, painting, writing, computer graphics, fashion design, gardening/landscaping and in loves and friendships, always leading with an open heart, a big smile, boundless curiosity and determination to master a new skill. She created home and contributed enormously in many music/art communities, most notably London Ontario, Vancouver, Maple Ridge, Toronto.

The London Ontario music scene in the 70s and early 80s was musical gold for Rachel. Centered around the Change of Pace restaurant/music venue, she honed her songwriting and guitar playing skills in the company of a raft of fine aspiring musicians. She attended performances of just about every established singer/songwriter of that era. Rachel contributed her health food cooking skills to the club and she hosted the open stage night as well. She graduated in the music production program at Fanshaw College and formed many lifelong friendships during those formative years, among them her future husband Thomas Handy, then touring as a guitarist with Mose Scarlett.

After relocating again to the West Coast, she released two collections of original songs: Fool for Love (1989) and Chase the Blues (1993) and performed throughout Canada and the UK and in many of her community venues for many years.

Back in Toronto in 2000, Rachel and Thomas rediscovered each other and eventually married in 2003.They made beautiful music together and often sat in at each other’s gigs.
Like all artists, Rachel sometimes relied on other work to support herself. She was on staff at Bullfrog Studios in Vancouver, the feedstore in Maple Ridge and was an administrative assistant at ADR Chambers law firm in Toronto. All who encountered Rachel fondly remember her infectious joy and laughter at work.
Rachel transformed her empathy into compassionate action at every opportunity throughout her life. She mentored many young people – especially songwriters, fostered two children (Mayra and James), nursed her first dog Thyme back to life and became a fierce advocate for all those in need, in danger or marginalized in her community and beyond.

In 2004, Rachel’s life changed dramatically when she became permanently disabled. She courageously took on the task of managing her chronic pain, fatique and loss of mobility. To be closer to her family and friends, Rachel and Thomas moved west, settling on Salt Spring Island in 2006. Soon after, her recently widowed and disabled Dad joined us and together, with her two dogs Shiraz and Bella, we formed a family life of love and mutual support that sustained us during these 11 years. As such an outgoing and gregarious soul, Rachel sometimes felt the loss of her independence keenly and longed to embrace life as she had in the past. We are deeply grateful to our neighbours, her friends near and far, and fellow photographers, painters and singers who supported and celebrated Rachel during her years here on Salt Spring. They became comrades on many journeys of her creative imagination and these gifts helped her immensely in living with her disability.

Our family received a great shock in December 2013, when Rachel and Robin were both diagnosed with cancer during the same week. Sadly, Robin passed away the following spring and, soon after, his sister Rosemary who was a favorite aunt of Rachel’s also passed. Rachel responded with great heart and courage, comforting others as they comforted her. She found strength by aligning herself fully to the natural rhythms of life during her last years. Living and planning each coming season and grounded in the spirit of this island, Rachel fully embraced her journey. She was able to shine her light for us much longer than was expected with her diagnosis, and lived comfortably at home until her final few days. She was given her last wish to see her garden in full bloom this year. Rachel died peacefully at Lady Minto Hospital at the close of a warm spring day, held in a circle of loving family and friends. She is deeply missed here at home by her partner and best pal Thomas and the dogs, Shiraz and Bella.

Rachel is mourned by her uncles Dan and Jonathan and their families, her aunt Pat, and her many Page family cousins: Jeannie, Josh and Shelley Willson, Page Willson, Suzanne, Chris, Monica & Thomas Brainerd, Katy, Norman, Duncan, Bradley and their families; by her brothers and sisters in law: Frank and Leta, Jan and Nancy, Matt, Lynne, Roy and their families. She is remembered fondly by Adrianne (her late mother’s partner) and all her friends in Wales and England,and her cousin and childhood friend Terri in Nova Scotia; all her music buddies/collaborators, including Jim and Darrell, and many sister pals – Peyton, Pam, Sandy, Suzy, Bonnie and Cherelle plus many others from her London Ontario, Vancouver and Maple Ridge days; also her artist friends Manuel, Marianne, Daphne, Spike, Philip and Dorothy who she met during her Dad’s long career as an artist and professor in Berlin and Munich and continued to stay in touch with.

Throughout her years and during her passing on Salt Spring, Rachel was constantly loved and supported by a group of close friends. We are forever grateful to our neighbors, Dave and Laurie, Bill and Helen, Chris and Brenda and our constant companions in spirit: Purna Ma, Elvira, Neil and Usha, Dan and Jeannine, Tom and Judy and Rachel’s adopted young ones, Krystl, Reg and Patricia.

We are especially grateful to our longtime family physician, Dr. Shane Barclay for his years of professional service and compassion for our family. His many consultations gave Rachel great confidence as her journey unfolded. Heartfelt thanks also for the support of our VIHA home nurses; Carolyn, Leanne, Roselynn and Karen, to Cheryl and the Beacon Community Services staff, the Red Cross, the Pharmasave staff and the nurses and support staff at Lady Minto Hospital who attended Rachel with great skill and care during her brief time there.

Thanks to the community of Salt Spring Island for the many, many kindnesses to Rachel and her family over the years.

No service by request. In lieu of flowers, donations to Lady Minto Hospital would be welcome. Please visit the online memorial for Rachel at www.haywardfuneral.com