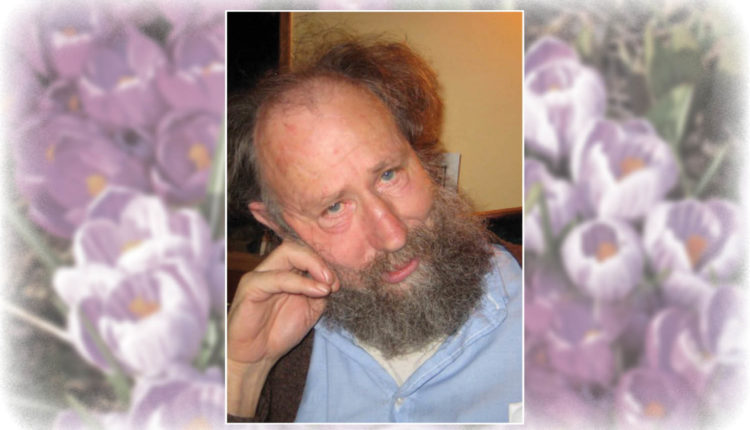 Frank passed away quietly February 23, with his wife Gail by his side. Born in Berlin, Germany, Frank immigrated to Canada in 1968. He perused blacksmithing, commercial fishing and a variety of careers before becoming a local computer genius and historian, first on Saturna and then Saltspring  Island.
Frank made island history come alive for thousands through the Saltspring Island Archives website. He faced a battle with muscular dystrophy with courage and humor. What he lacked in physical strength he more than made up for with his sharp mind, humour, and technical abilities.

Frank also volunteered for the Farmers Heritage Society, the Legion, the Eggheads, and numerous community groups. He was always happy to lend a hand to anyone in need.
Frank leaves behind his wife Gail, children Carla, Lyra, Lee, Heidi, Anya, grandchildren Kurt, Gwen, Duncan, Jackie, Harley, greatgrandsons Troy and Ronin, his sister Jutta, and a cast of thousands who loved and respected him. We will all miss him terribly.
In lieu of flowers donations to the Saltspring Archives or the Royal Canadian Legion, Branch #92 would be appreciated.
A celebration of life will be announced soon.