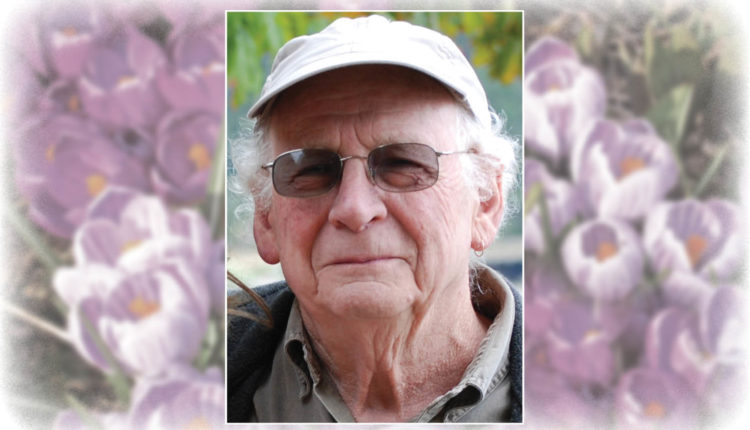 Michael left us too quickly and well before his to-do list was done, as a result of complications following emergency open-heart surgery in May.

Michael grew up in the Montreal area and came to Vancouver with his partner Marilyn and their young children Trevor and Brenda in 1965. Michael worked for Mainland Engineering and then Crown Zellerbach but had trouble with the tie-wearing corporate environment and found himself on Salt Spring in 1973. He built his first house from the trees of his Cranberry Road property with help from Trevor and Brenda, his second partner Cheryl and friends. He went on to build more log structures on the island and did conventional construction work as well. He also tried commercial fishing for a few seasons. He bought the island’s ACE Courier franchise in the later 1980s and then opened an office for ACE in Duncan. Eventually he acquired a parcel delivery contract for Canada Post before retiring in 2009.

Michael is survived by his long-time partner Gail Sjuberg of Salt Spring; their daughter Chloe (Evan) in Vancouver; his daughter Sylvia (Paul) and granddaughter Ruby in Australia; his daughter Brenda (Guy) and grandchildren Carmen and Luc (Miguel) in Quebec; nieces and nephews in Arizona and Missouri; and beloved dogs Buster and Lulu. He was predeceased by his son Trevor, brothers Dave and Danny, and parents Leslie and Olive.

Michael always said he wanted his obituary to contain the phrase “He tried hard but his skates were dull.” It is true that he gave his full heart to everything he did, whether building the best bridge possible over the pond on his property, growing heirloom tomatoes and other plants from seed, raising farm animals, maintaining his classic cars, or being a fully devoted and loving partner and father.

For a number of years he volunteered with the Salt Spring Food Bank, and served on the Ptarmigan Ridge strata council board at Mount Washington. He was among the first members of Salt Spring’s antique and classic car club, as well as the island’s food co-op in the 1970s.

Michael loved downhill skiing and was a Mount Washington season’s pass holder until he died. He read quality fiction voraciously, enjoyed roots, blues and classical music, and was a lifelong Major League Baseball fan. He had a strong sense of social justice and gave what he could to important causes. He was not afraid to share his point of view on any topic.

But throughout his life Michael battled with depression and anxiety, which held him back from some of the things he wanted to do. At the same time, the nature of his illness contributed to the compassion he brought to his relationships. In his later years he took every opportunity he could to educate people about mental illness. (The Royal Jubilee Hospital staff heard lots about it during his weeks there!)

He also liked the phrase “It’s a great life if you don’t weaken.” Life was not always easy for Michael but he did not weaken.

A memorial will take place on Sunday, Aug. 4 at Meaden Hall at 2 p.m.

Thanks go to RJH and Lady Minto Hospital staff, Dr. Dan Kalf, Medi-Van, Christie at Haywards, and everyone who has provided dog-sitting and other support, kind words, hugs and food.