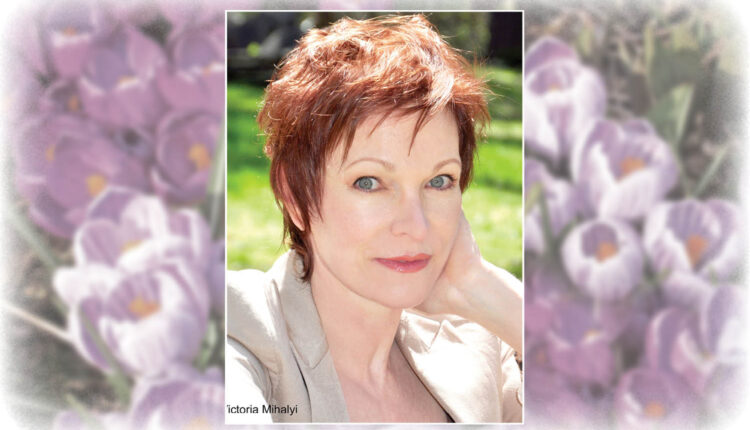 Victoria Linda Hadessa Mihalyi
(AKA Vicki Miller)
1952 ~ 2021
Victoria has flown up into the wide blue sky.

Famous on Salt Spring Island for her Flying Dreams Productions, such as HuM, The Dharma According to Fifi, and SpeakEasy, Victoria brought Aerial Arts to Salt Spring, borne aloft ever since. Countless dance and aerial artists have been inspired by her work here—she was a consummate athlete, dancer, martial artist … if this list went on it would fill the page!

As with many islanders, Victoria had an extra-ordinary life before she re-invented herself here. Born in Toronto, April 23, 1952, she married Max Miller at 20, and has enjoyed a flourishing love with him ever since. Known as Vicki Miller, she was a powerful animal rights activist and rescuer for many years, swerving Canadian beliefs toward mercy to the protein-providers we forget. Unto herself, and ever-amplified by her faithful Max, she was a Force.

Her long-time Toronto friend Lynne Thomas wrote this: “You took over the Humane Society and made people take notice of the suffering. You brought animals rights to Canada. (Yes, there were others [PETA co-founder Ingrid Newkirk, SPCA ally Jim Strecker…] but you led the charge.) You graced the cover of Toronto Life, saved so many beings from being tortured inside labs, and you made people look at what was on their dinner plates. Then you wrote a novel, [“Tribe of Star Bear”] competed in Tai Kwon Do tournaments as a black belt, studied Golden Shield Qi Gong for five years and taught the art of Aerial Flying…”

Her old friend goes on to describe Victoria’s many shining facets…her work inspired entrepreneurs who went on to create the “cruelty-free” icon on cosmetics, such as the Body Shop and others, hailing back to the 80’s, pioneers cut from the same cloth. She was a practicing Buddhist in her later years, a gardener, and wise friend…When asked in her final hour what message she’d have for friends and loved ones afar, she said, “I love you. Only love.”

She is deeply loved and missed by her devoted husband, Max, just shy of their 50th year together. She is also dearly loved and missed by her sister Rosemary (Rosie), and sisters-in-law Cyndy and Cyd; also many loving nieces, nephews, human friends around the world, and of course, the entire animal realm. Please no flowers: donate to any animal welfare support group of your choice if you feel so moved.