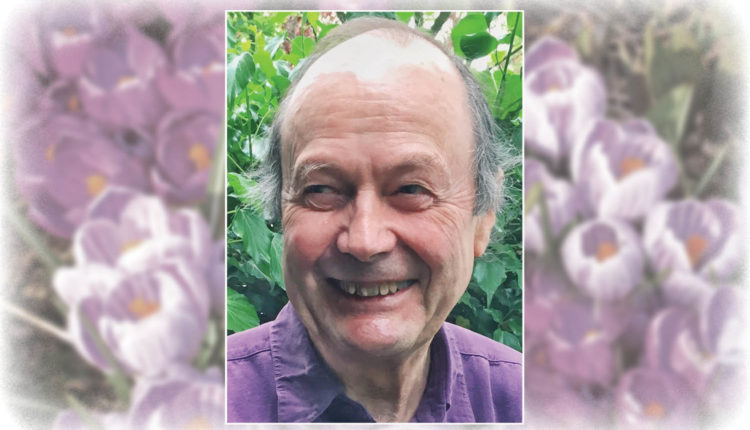 Roger was born and raised in Christchurch, New Zealand. He lived in Auckland, New Zealand and Sydney, Australia before settling in Toronto, Ontario and marrying his first wife, Carolyn.

With strength of spirit he survived the untimely passing of Carolyn, followed by the passing of a good friend and kindred spirit, Latifa, all the while thriving as a single parent.
He moved to Salt Spring in 2004 with his second wife, Sylvia, and they immediately felt at home.

Roger was a spiritual man with a kind heart and a curious mind thirsty for knowledge. He touched many lives and was pleasantly surprised and ever grateful for the support of the community during his illness.

After a difficult battle with cancer, throughout which he remained courageous and optimistic, he passed away in the company of two good friends.

He is survived by his wife, Sylvia, sister-in-law, Benita, his daughter, Tara, son-in-law, Marek, and grandchildren, Avery and Tyler.

A special thank you to Dr. Reznick and the caring staff at Lady Minto Hospital.

Another special thank you to all of Roger’s friends who kept him company, brought him things to read and eat, and made him feel just how valued he truly was.