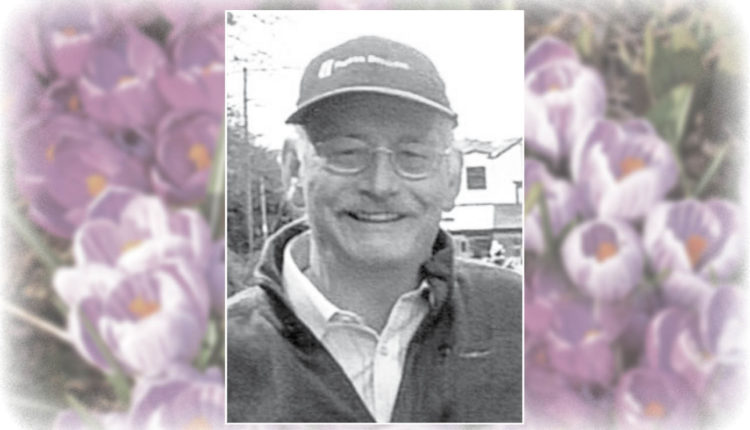 May the winds of heaven blow softly
and whisper in your ear,
How much we love and miss you,
and wish that you were here.

Kevin Charles Marks aged 64 of Saltspring Island passed away peacefully after a long struggle with cancer surrounded by family at Lady Minto Hospital in Ganges.

Kevin was born on 7/8/1953 in Portsmouth, Hampshire, England to Jean and Charles Marks both of whom are pre-deceased.

Kevin worked as a milkman to help put himself through college and then became an accountant. In 1976 he married Helen (Cotterill) and had his first son Philip. He brought his family to Vancouver Island in 1983 for a year and then after a brief stint back in England finally brought his family back with his second son Christopher and settled down on Saltspring Island where he changed his trade to painter and decorator and had his own store, Paint Plus in Ganges. Following divorce he met Carol (Gay) and helped raise her four children, Suzanne, Liz, Catherine and Alex for many years. In later years he met Nancy (Coburn) and she was with him till he passed on.

Kevin was a jolly person, always had a smile and a joke to tell, loved to help his sons with projects (he could fix anything). He also loved fishing and cooking (curry of course!). He was always a willing helper and had good work ethics. He spent many happy hours chatting with his sister Tina.

It was always important to Kevin that his boys were happy.
Kevin will be sadly missed by his children, grandchildren, extended family and friends.

Please join us at the Celebration of Life that will be held at the Legion in Ganges on Saltspring Island, 27th August at 2pm. In lieu of flowers please consider a donation to the cancer society of B.C.

The family wishes to thank Dr. Reznick, Anne Miller RN and all the hospital staff at Lady Minto for the support and wonderful kindness shown Kevin.

Also would like to thank Carol for being a wonderful supportive caregiver during Kevin’s illness and her husband Alan Johnson – Thank you.