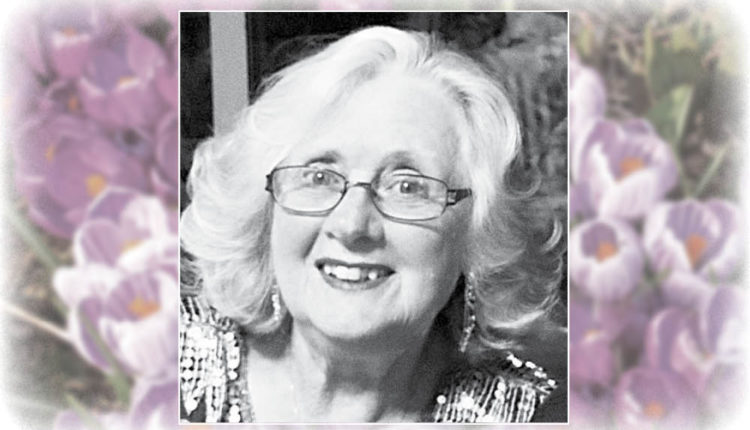 Prior to moving to Salt Spring Island in 2010, to share her warmth, charm, sense of fun and all round passion for life, as well as her talents as a prolific knitter, quilter, Lady Minto Thrift Store Volunteer, Peggy had lead an incredibly full and rewarding life.

In the years 1957 through 1986, Peggy raised her family, and was, for a number of those years, an Adult Education Coordinator, in Chateauguay Quebec.

Early retirement and a dream to be closer to her beloved grand daughters, Chanelle and Victoria lead Peggy and Ken to Kelowna BC. It was in Kelowna where she became an active Golfer.

Her retirement years also allowed her annual trips to visit London England, as well as trips to France and Italy and often to Scotland a place very dear to her heart.
The last seven years of Peggy’s life have been on Salt Spring Island, her dream destination, where she has been surrounded with friends and family.

Peggy would often say; “We live in the most beautiful place, it’s like a dream and we are with the most lovely people”

A memorial service will be held for Peggy on Sunday, July 30 at 3:00 PM in United Church, 111 Hereford Avenue, Salt Spring Island, BC, followed by tea and sandwiches in the Church Hall. Friends of Peggy and of her family are all welcome to come celebrate her.